Who Is Lori Harvey? What You Need to Know About Michael B. Jordan’s Girlfriend — the Style Influencer & Daughter of Steve Harvey 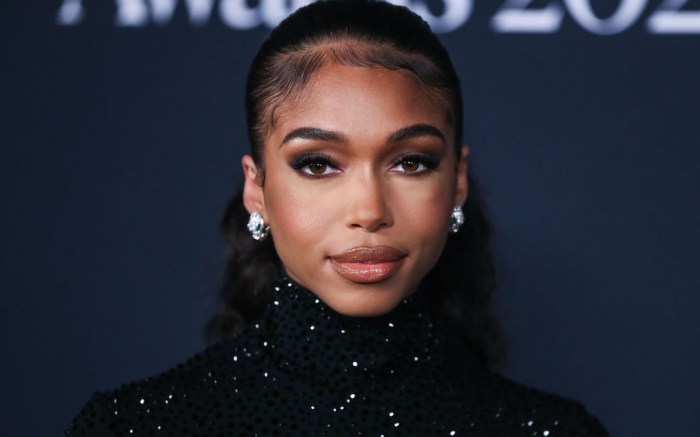 Michael B. Jordan has fallen in love — with Lori Harvey, to be specific. The “Creed” star revealed he was in a relationship with the style influencer this time last year. Since going public as a couple, both Jordan and Harvey have shared multiple romantic snaps together on social media. They’ve been linked since November 2020.

In a June 2021 interview, Jordan’s girlfriend Harvey told Bustle: “We know there are people that love and support us and want to see us. So [we want to] give just enough, but keep the majority of it just for us. We’re trying to find a balance.” Meanwhile, Jordan recently told The Hollywood Reporter that falling for Harvey has helped him become a more versatile actor.

“There are roles that I passed on that I knew I didn’t have enough life experience to play,” Jordan, who stars in the new dramatic romance film, “A Journal for Jordan,” shared. “I was like, ‘What can I pull from?’” he continued. “But I finally found what love was.”

The duo rang in the New Year together and the 34-year-old “Without Remorse” actor recently threw a surprise birthday party for Harvey, who turned 25 on Jan. 13.

Read on to learn more about Michael B. Jordan’s stylish girlfriend, Lori Harvey.

Who Is Lori Harvey?

Lori Harvey is a model and beauty entrepreneur, who founded her own skincare line, SKN by LH, in the summer of 2021. She was born in 1997 in Memphis, Tenn., and grew up spending time in both Chicago and Atlanta. Before going on to model, she aspired to be a professional equestrian athlete but now rides recreationally.

Who Is Lori Harvey’s Real Dad?

While the identity of her biological father has not been confirmed, but the model is the adopted stepdaughter of Steve Harvey, who also adopted her brothers Morgan and Jason. According to reports, her mother, Marjorie Harvey, met the “Family Feud” host in 1990, and they wed in 2007.

Who Has Lori Harvey Dated?

Harvey was formerly engaged to Dutch soccer player Memphis Depay in 2017, but the two broke things off in 2018. Since that time, she has also been linked to Sean “Diddy” Combs, British racing driver Lewis Hamilton and rapper Future.

Harvey has posed for a number of high-end brands including Burberry, Calvin Klein, Versace and Michael Kors. She also walked the runway for Dolce & Gabbana in 2017 and modeled for makeup legend Pat McGrath. “Lori is an obvious muse,” McGrath told “Vogue” in 2018. “She’s a true beauty who radiates with effortless glamour and has such a rare energy.”

For more formal occasions, like dinner at Hollywood hotspot Craig’s, Lori Harvey favors mules, boots and sandals from brands like Louis Vuitton, Chanel and Amina Muaddi. Meanwhile, when she’s been spotted shopping or heading to a workout class, she tends to keep things more casual. She isn’t afraid to show some skin but also loves a good cozy sweatshirt, and has been seen sporting Yeezy Foam Runners. Harvey is also a fan of the socks with sandals trend.

Scroll through the gallery for a look at Lori Harvey’s boldest style moments over the years.