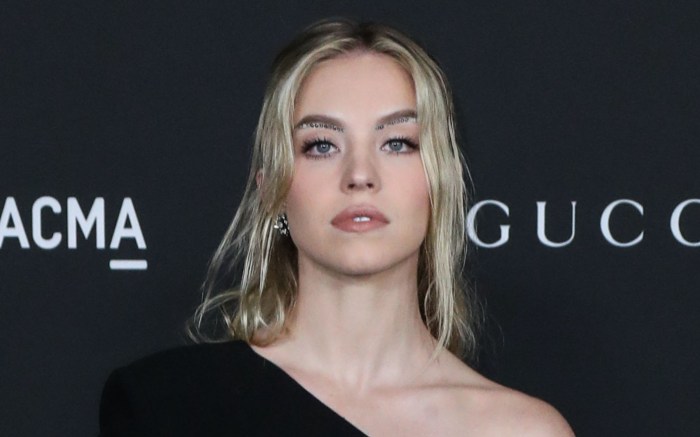 Sydney Sweeney is one of Hollywood’s newest starlets that have set the industry ablaze over the last few years. Sweeney started acting at an early age and got her start by appearing in shows like “Heroes”, “Criminal Minds”, “Pretty Little Liars” and “Grey’s Anatomy.” Now, the actress is on the hit HBO series “Euphoria” where she plays Cassie.

Sweeney’s style sense has over progressed over time and now, the star has a distinct voice that she proudly showcases on red carpets. We’ve seen her wearing a billowing gown, glittery numbers, and pleated moments that all have her signature Sweeney flair while also feeling very modern for the times. As for shoes, we’ve seen her wearing eye-catching pumps and sandals that are edgy or trendy at the time of her red carpet appearance.

Here, we recap Sweeney’s best style moments over the years. Sydney displays her style on red carpets and at fashion week events alike. Take a look at the star’s style evolution over the years.

Velvet is the name of the game. Sweeney stepped onto the red carpet in a sky-high purple velvet boot. The star spiced up the look with a blue floral midi dress with an interesting mesh detail featured on the exagerated shoulders. The mesh dress is made girlie with a volumonous ruffle detailing. December 13, 2017.

In a black leather minidress that incorporated silver ringlets with black string pulled through each hole paired with black leather pumps at the premiere of “Dead Ant” on Oct. 10, 2017, in Hollywood, Calif. The eyelet detailing freckling the dress gave the look an edgy feel.

In a white, pink and yellow tiered tulle gown that had two black straps paired with black ankle-strap sandals for The Handmaid’s Tale season two premiere on April 19, 2018 in Hollywood, Calif.

Sweeney sparkles in a bedazzled purple gown with rinestones littering the fabric. The purple didn’t stop there. On her lids, Sweeney sported a wash of dark purple on her lids. The star kept things classic with a square toe at 2018 Variety’s Annual Power Of Young Hollywood on August 28, 2018.

Here, Sweeney looks tea party-ready in a flouncy cream mini dress with lots of ruffles to give the dress volume. The star finished the look with some strappy bronze heels at the 2019 BAFTA Tea Party on 05 Jan 2019.

Sweeney gets sparkly in a strapless gown with a daring slit up the leg. The glitz didn’t stop there however, Sweeney donning some crystal earrings that hung low on her lobes. The gown is paired with a little black sandal heel at the 2019 MTV Movie and TV Awards on 15 Jun 2019.

In a flirty and frilly yellow and blue dress featuring a ruffled neckline adorned with pink and green flowers and black piping on the bottom of the dress paired with black crystal ankle strap sandals and a wicker handbag on June 29, 2019 for the Miu Miu Club show. Miu Miu has become a popular brand worn on popular Euphoria character Lexi or actress Maude Apatow.

Dressed in all black, Sweeney smiles for the camera in a feathery minidress. The ribbed nature of the dress brings another fun textural element to the ensemble. She opted for some black sandal heels and minimal jewelry at the ELLE Women In Hollywood celebration on October 14, 2019.

Sweeney stuns in a white high-low gown. The iridescent fabric and the fantasy cut of the dress bring the look to a whole new level. The Euphoria actress chose to step into some strappy sandal heels to tie it all together at the amfAR New York Gala on 05 Feb 2020.

Sweeney looks fantastic in florals at the 2020 Vanity Fair Oscar Party on February 9, 2020. The strapless gown has a sweetheart neckline and an assortment of pastel flowers littering the dress. Sweeney uped the anti with some stunning dangling earrings.

In a blue Dolce & Gabbana minidress embroidered with blue florals paired with a bedazzled clutch and silver sparkly heels for a D&G event in Venice on Aug. 30, 2021.

In an edgy black gown from Saint Laurent that featured a sleek cutout detail paired with a sharp small black clutch for the 10th Annual LACMA Art + Film Gala on Nov. 6, 2021.

Here, Sweeney sports a black and white mini dress adorned with a white bow detailing. The glamorous ensemble wasn’t complete until the actress donned a sparkling choker at the People’s Choice Awards 07 Dec 2021.