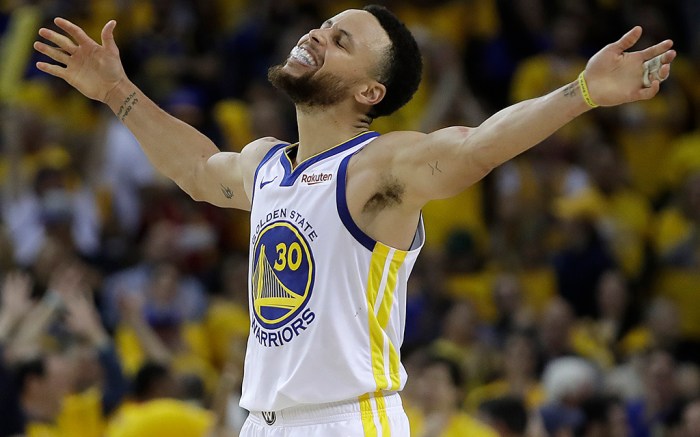 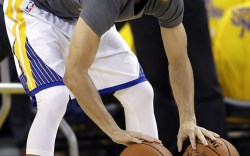 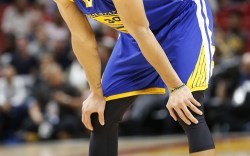 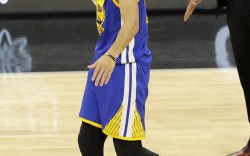 NBA superstar Stephen Curry is an underrated and important figure in the basketball sneaker marketplace.

The pro baller began his storied career in 2009 wearing Nike kicks on the court before switching to Under Armour in 2013. While rocking the Swoosh, he played in looks from the Hyperdunk and Hyperfuse franchises.

But a meeting in Oakland, Calif., in August 2013 when Curry’s contract was up with the brand would ensure he wouldn’t return. According to an ESPN report, a Nike representative mispronounced the baller’s name during the meeting (and didn’t offer a correction) and future teammate Kevin Durant’s name was mistakenly left on the PowerPoint presentation that was used to pitch Curry to remain an ambassador. Also, the meeting was led by Nico Harrison, then a sports marketing director with the brand, instead of Lynn Merritt, a powerful Nike representative who is now LeBron James’ brand manager at Nike.

After he joined Under Armour, Curry rocked some of the Baltimore-based athletic brand’s inline styles such as the Anatomix Spawn and the ClutchFit Drive. Two years later, Curry’s first-ever signature shoe would hit stores: the Curry 1. Aside from the look being the first shoe bearing his name, it also made Under Armour a major player in the competitive basketball sneaker marketplace, a landscape dominated at the time by Nike.

Below, check out all of Curry’s shoes with Under Armour starting with his first signature look, the Curry 1.

The baller’s debut signature sneaker is special. Aside from it being the first look bearing his name (and promoted with an epic ad co-starring Jamie Foxx), it’s also what he rocked en route to his first NBA championship in 2015 with the Golden State Warriors. The look featured responsive Charged Cushioning, a foam upper for comfort and multidirectional herringbone outsole.

After its initial launch, the brand would deliver high-end takes of the performance shoe, both in low- and midcut iterations, dubbed the Curry Lux. 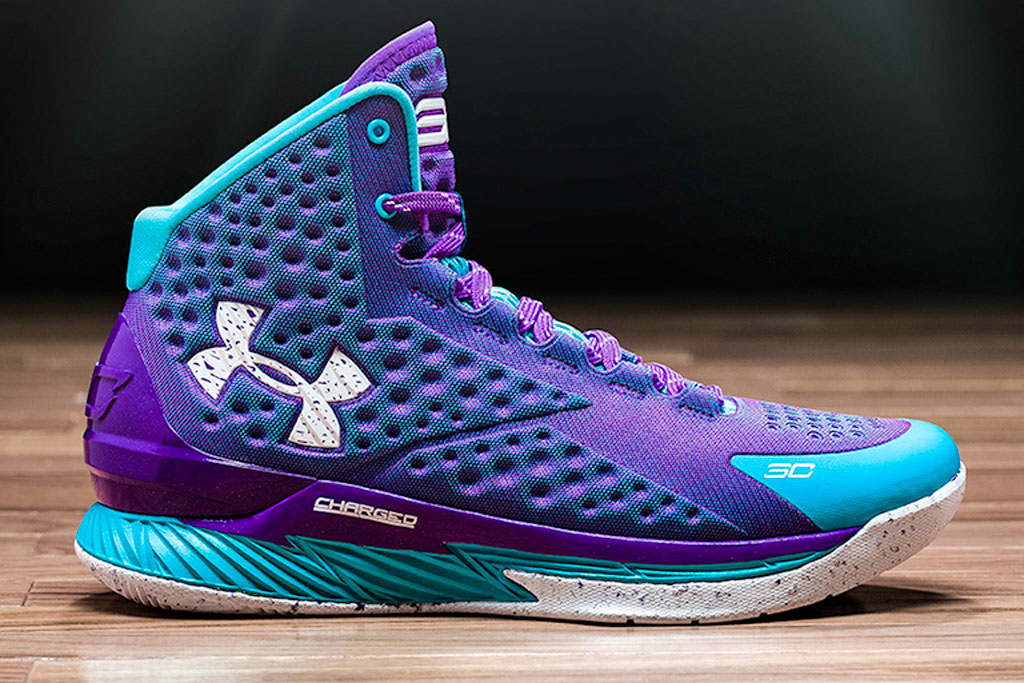 Under Armour Curry 1 “Father to Son”

Fresh off his first NBA title, Under Armour and Curry introduced the Curry 2 in September 2015. And like the first style bearing his name, Under Armour enlisted the services of Foxx for an electrifying commercial promoting the shoe.

For the first time in a basketball style, the brand added a full-length Charged Cushioning midsole. It debuted in the “Iron Sharpens Iron” colorway.

Ahead of the launch of his third signature sneaker, Under Armour revealed the Curry 2.5 in April 2016. The baller rocked the shoe during the playoffs after he led his Golden State Warriors to a NBA record 73-9 regular season. The style boasted nods to both his Warriors and the team’s home in Oakland (including lines inspired by the Bay Bridge and the GPS coordinates to the Oracle Arena).

After losing for the first time in the NBA Finals, with the Warriors falling to the Cleveland Cavaliers in seven games, Under Armour unveiled the Curry 3 in October 2016 with another motivating commercial, this one dubbed “Make That Old.” The sneaker was revealed in a pair of colorways: “Dub Nation Heritage” and “SC Camo.” The style featured Under Armour’s newest fabric technology at the time, Threadborne, as well as both Charged Cushioning and Anafoam technologies.

Much like how Under Armour delivered the Curry 2.5 ahead of the Curry 3, the brand revealed another sneaker bearing the baller’s name ahead of the launch of his next signature shoe. In March 2017, the label unveiled the Curry 3Zer0, which would hit stores in May. The shoe is executed with a breathable and light reinforced mesh upper, an adjustable heel stability system and a dual density midsole with both Micro G foam and Charged Cushioning.

The design of the Curry 4 is far different than any shoe Under Armour released for its superstar basketball player. The style, which Curry wore for the first time in the 2017 NBA Finals in June, was executed with a bold high-top knit upper. It also features a full-length speed plate to withstand explosive movements, a responsive EVA foam midsole and a cross-centric traction pattern for enhanced grip.

Images of the Curry 5 leaked in March 2018, and fans were consumed with yet another atypical silhouette for the baller. The look was low-cut, not something the guard typically wore on the court (although his past signature shoes were released in lows and mids) and the branding was minimal. Under Armour equipped the look with containment zones using its Anafoam tech to lock the foot in place, a full-knit upper to keep the foot locked down and responsive EVA midsoles.

Following another NBA title win, Under Armour unveiled a shoe for Curry in August 2018: the Curry 3Zer0 2. The court-ready style boasts a singular webbed lace system designed to wrap the foot to lock it in, an integrated upper and tongue construction for breathability and a dual-density midsole with Micro G foam and Charged Cushioning.

The three-time NBA champion’s Curry 6 style was unveiled in December 2018, featuring a fresh and acclaimed Under Armour tech. The style is equipped with Hovr cushioning, an innovation the brand introduced in February of that year through a pair of running shoes (Hovr Sonic and Hovr Phantom). The baller and the brand paid tribute to the Fox Theater, an Oakland-based concert hall, with the first colorway to hit stores. (The “Fox Theater” Curry 6 arrived in January 2019.) The sneaker also features a breathable fully knit upper, an external heel counter for stability and support and a full-length speed plate underfoot.

Get a look at Steph Curry’s Under Armour signature sneakers.