Every Outfit Serena Williams Has Worn to Win the US Open 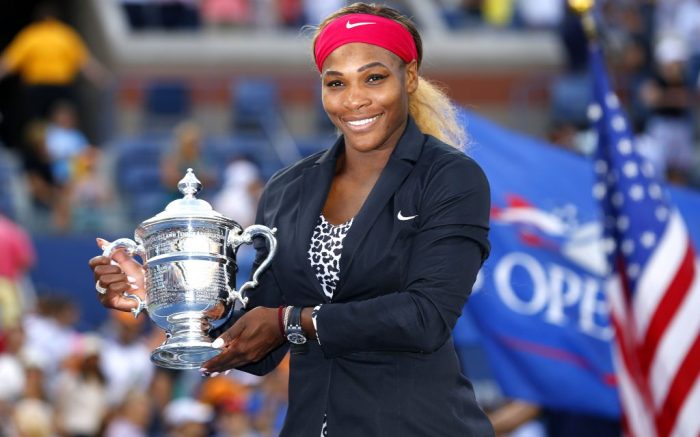 Widely considered one of the greatest tennis players of all-time, Serena Williams has made a lot of noise thanks to her dominant serve and powerful shots. But in addition to being a fierce competitor, Williams is also a fashion lover with a penchant for expressing herself through on-court style.

Williams is currently seeking her 24th Grand Slam singles title — which would tie Margaret Court’s record for the most ever by any player, male of female. With U.S. Open play currently underway, the athlete is hoping to make history. Victory at this year’s Open would mark Williams’ seventh title at her home country’s most important tournament.

Below, all the outfits the star has worn to win the U.S. Open:

In 1999, a teenage Williams was backed by Puma — and opted for looks that were more functional than statement-making. She picked up her first U.S. Open title in a yellow tennis dress and white sneakers with black detailing.

To notch her second U.S. Open title, Williams opted for a noisier look: a black Puma bodysuit and pink and white sneakers and some serious wrist candy — a $29,000 Harry Winston bracelet. Although the look had been pre-approved by tournament officials, post-match press conferences centered around the outfit, which many felt was impractical for sports.

After a six-year drought — and move in 2003 from Puma to Nike — Williams was back on top as U.S. Open champ in 2008. She celebrated the win in a little red tennis dress and white sneakers, both by the Swoosh.

For the 2012 U.S. Open, Williams sported the same dress in two colorways: a neon pink for day and a dark blue with lime green and white accents for night. She wore the night look (with a matching pair of shoes) to claim the title.

Williams won her second consecutive title in 2013 wearing a pink and grey look with a dress and matching sneakers.

In 2014, Williams won her most recent title — and three-peated. She generated almost as much press for her outfit (a fierce leopard-print and black sneakers with pink accents) as she did for her superior on-court play.

As for this year’s tournament, Williams is hoping the black bodysuit look will bring as much success as it did in 2002, albeit this time with Swoosh logos instead of the Puma cat.

Watch the video below to see Stan Smith discuss his eponymous Adidas sneakers.

Twinning: The Adorable Moments SerenaWilliams and Her Daughter Have Dressed in Matching Outfits