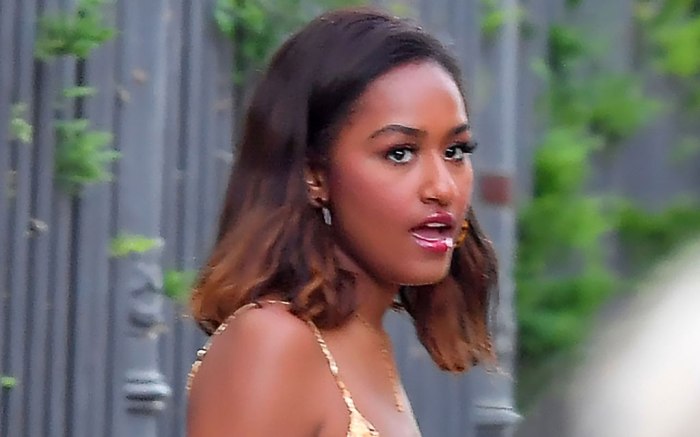 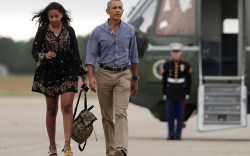 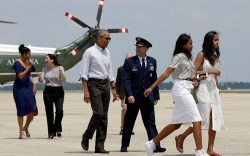 When you move into 1600 Pennsylvania Ave., all eyes are on you — whether you’re the president, their spouse or a first child.

Sasha and Malia Obama were especially in the public eye, as both girls lived in the White House throughout dad Barack Obama’s entire presidency.

Sasha turned 8 the year their father became Commander-in-Chief, making her the youngest presidential kid since the Kennedys. During her early White House days, Sasha opted for casual, walkable footwear styles. Converse sneakers and chic ballet flats were among her go-to shoes.

While Converse have remained a favorite of the 18-year-old’s, these days she’d rather wear heels than flats. For summer, cork-heeled sandals are a preferred choice — whether they’re wedges or flatforms.

Now that she’s no longer bound to the rules of the White House, Sasha has gone with a more casual aesthetic.

On a recent trip to France with her parents and older sister, the former first daughter showed off her Gen-Z-esque shoe style. She wore two pairs of casual white sneakers — a Unif shoe with a flower detail and a Nike Air Force 1.

After spending most of her childhood within the confines of Washington, D.C., the Sidwell Friends graduate is finally an adult. Sasha’s next step? College. Though the teen hasn’t officially announced where she’ll do her undergrad, she’s rumored to be heading to the University of Michigan in the fall.

Flip through the gallery to see Sasha Obama’s shoe style over the years.

Watch the video below to see Instagram influencer Arielle Charnas discuss shopping for kids and more.