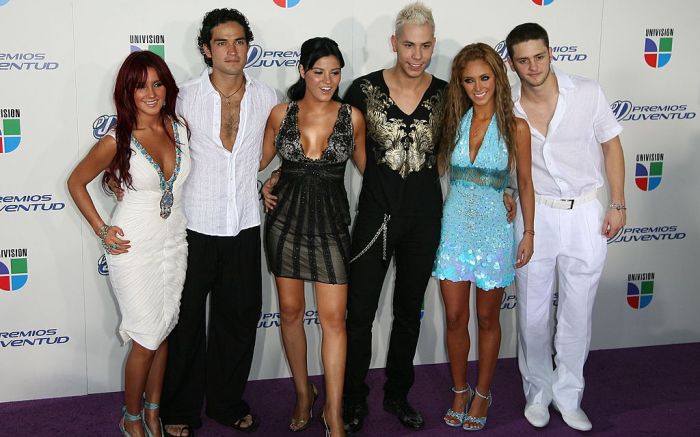 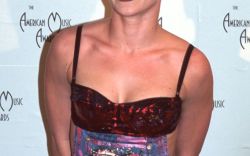 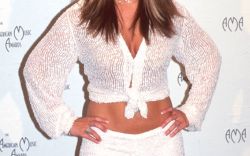 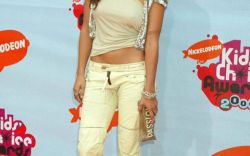 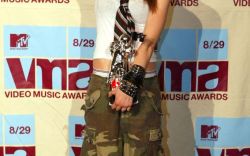 After a 15-year break, Mexican group RBD is back with their “Soy Rebelde” world tour. The group, which was part of Televisa’s series “Rebelde,” sold 15 million records worldwide and received two nominations for the Latin Grammy Award. Since the group split in 2009, fans have been anxiously awaiting their reunion.

The RBD’s return couldn’t happen at a better moment. With the Y2K style trending on the runways, Anahí, Dulce María, Maite Perroni, Alfonso Herrera, Christopher von Uckermann and Christian Chavez are here to remember how they influenced fashion an army of fans with their looks.

Low-rise miniskirts, cropped button-down shirts, crystal-embellished accessories, distressed denim and knee-high boots were all part of their wardrobe. Here is a look at RBD’s best looks throughout the years.

RBD went all-black for the Premios Juventud Awards on Sept. 22, 2005 in Miami. The men of the group all wore black suits. Dulce Maria was wearing a floor-length gown with open-toe sandals. Anahí wore a plunging minidress with knee-high boots. Perroni was pictured in a sparkling corset and a sheer lace skirt which she paired with pointed-toe pumps.

Dulce Maria looked pretty in pink as she took the stage at the American Airlines Arena on July 1, 2006 in Miami. She wore a pink lace bra with a light yellow cropped zip-up top. She added a gray miniskirt to the look that featured a pink polka dot lining. She completed the look with pink Converse socks and white cowboy boots.

Perroni brought elegance to the Premio Juventud Awards on July 16, 2006 in Miami. She wore a black satin minidress with a royal blue pattern and ruched waist detailing. She paired the strapless piece with studs and a silver-toned bracelet. She completed the look with black heels that featured a bow embellishment that sat right on top of the peep toe.

Anahí brought deconstructed style to the stage at the 7th Annual Latin Grammy Awards on Nov. 2, 2006 in New York City. The singer wore a white super-cropped graphic tee with a beige microskirt and fishnet stockings. She slipped into a pair of brown leather knee-high boots that featured a lace-up closure that went all the way up the shoe’s sleeve.

Anahí and Alfonso Herrera looked glamorous as they performed on stage in 2006. The female vocalist opted for a sparkling light pink set with hot pink calf-high boots that featured a stiletto heel. Herrera went more neutral with a white t-shirt and a black leather jacket vest and dark jeans. He completed the look with black sneakers with white detailing.

The three female vocalists of RBD channeled preppy style at the “Barbie RBD” Mattel Launch on May 29, 2007. They wore white button-down tops and paired it with denim skirts, a red blazer and a striped tie. Dulce Maria and Maite Perroni opted for calf-high boots with a stiletto heel while Anahí paired white knee-high stockings with black pointed-toe pumps.

The entire group made an elegant arrival at the Premios Juventud Awards on July 19, 2007 in Coral Gables, Fla. The group was all coordinated with black, white, gold, and blue tones as they posed on the purple carpet. The girls of the group were all seen in sparkling sandals and pumps with stiletto heels.