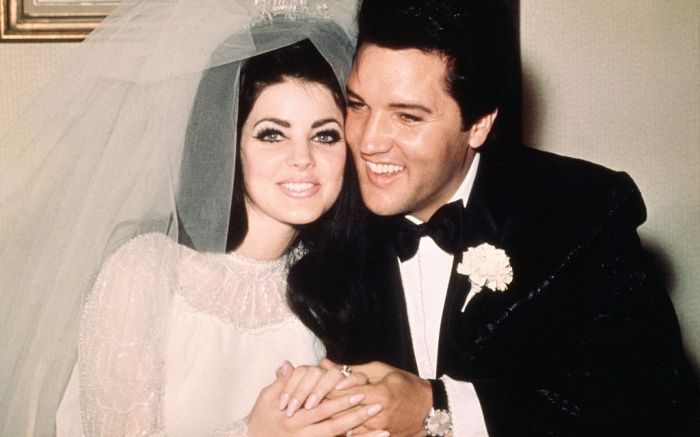 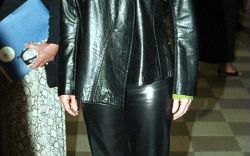 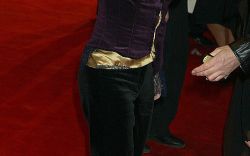 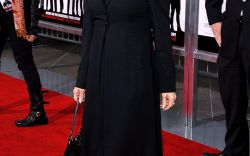 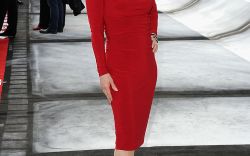 Priscilla Presley’s life has always been illuminated by the spotlight, making the actress the topic of fascination for many. The former wife of Elvis Presley has always led her life glamorously, which translated into her wardrobe.

One of her most memorable outfits was her wedding dress. On May 1, 1967, Priscilla married Elvis at the Aladdin hotel in Las Vegas in an eight-minute ceremony. Priscilla’s dress was white and embellished with pearls with long see-through lace sleeves. Atop her quaffed updo sat a 3-foot veil and rhinestoned tiara. The dress was found humbly at a department store.

Another image that has been largely serialized is a shot of Priscilla holding her daughter Lisa Marie Presley alongside her husband.  The then-new mother wore the ’60s mod-inspired hot pink ensemble featuring a collared long-sleeve dress and highly quaffed hair.

Priscilla was a fan of flowing silhouettes and florals during the ’70s. She wore platform heels and sandals throughout the period.

She often donned baggy jumpsuits and flared bedazzled denim. She also posed in a denim bikini. In her early years, the model would channel her life in Memphis, Tenn. through western-inspired wears that emulated her husbands’ love of campy and western-inspired clothing.

Her style has evolved over the years from classic shift dresses to more sophisticated staples. Stars like Lana Del Rey and Lily Collins have drawn inspiration from her wardrobe.

Later in the ’90s and ’00s, Priscilla started exploring gothic fashion bringing black gowns and sheer ensembles to red carpet events. She coordinated with a mix of ankle boots and pumps.

Priscilla has made her mark on the world with her looks that cemented her as a fashion icon in the ’60s and ’70s. Now at 77 years old, she is still inspiring many with her work and her wardrobe.