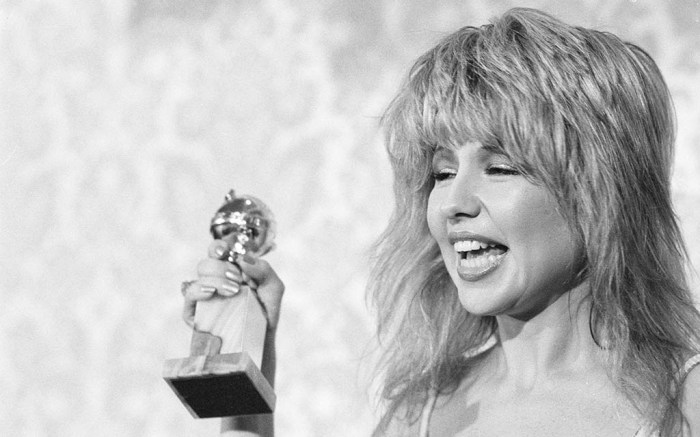 Golden Globes has had a history of controversies. Last year, for instance, the awards show did not air in the wake of the Hollywood Foreign Press Association’s racial diversity scandal. At the time, 102 Hollywood publicity firms joined together, vowing to stop working with the HFPA until it took action for equity.

Tonight, the Globes are back on NBA after the HFPA has worked to reform.

Another Golden Globes moment that gave pause was in 1982 when actress Pia Zadora took home the trophy for “New Star of the Year” award. The category no longer exists.

Zadora, who gained notoriety as a child star on Broadway, beat out Kathleen Turner and Elizabeth McGovern that year for her role in “Butterfly.” The Globes moment was a controversial one as it was suspected that Zadora’s multimillionaire husband at the time, Meshulam Riklis, bribed voting members of the HFPA and purchased the award with an unsavory promotional campaign. The HFPA has denied the rumor.

For her winning moment, Zadora hit the red carpet in 1982 wearing a white and gold sequin minidress. She completed the look with matching gold strappy sandals and bomber jacket.