A Look Back at Pamela Anderson’s Most Daring ’90s Fashion 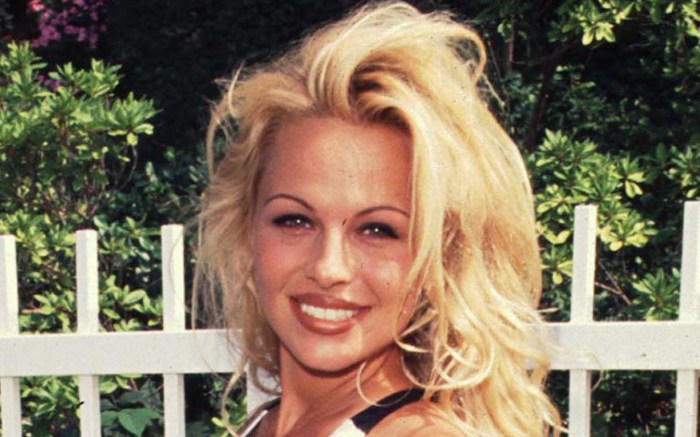 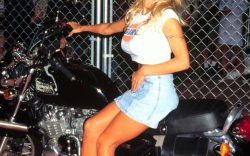 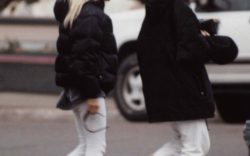 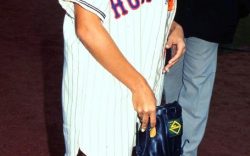 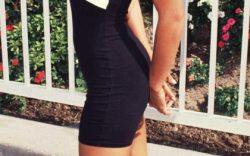 Pamela Anderson is known for her daring sense of style. As the Hulu series “Pam and Tommy” arrives later this winter, we’re looking back on some of her top looks from her greatest era, the ’90s.

Throughout the 1990ss, as a star of “Baywatch” and one of the first major celebrity paparazzi fixtures, Anderson grew into a household name for her bold sense of self and style. Her outfits often veered in either a sporty or sleek direction, encompassing sheer lace dresses, slim-fitting bodysuits and crop tops, as well as oversized baseball jerseys.

When it came to shoes, the “Barb Wire” actress’ ’90s picks were defining of the era’s style. Her off-duty looks were retro and eclectic, including strappy platform and toe-loop sandals, Ugg boots and Adidas sneakers. One the red carpet, however, the styles she wore were purely of the era and have echoed throughout the fashion world’s top trends today: open-toed pumps, sky-high platform and T-strap heels.

In 1996, Anderson’s all-American style was in full display, thanks to a graphic cropped T-shirt and denim miniskirt. The actress completed her look with black leather platform heels, complete with chunky soles.

Anderson took a sportier approach to dressing for a baseball game in 1997. The “Naked Souls” star wore an oversized baseball jersey and backwards red baseball cap, complete with oval-shaped sunglasses. Her look was finished with white socks and black Adidas sneakers.

While attending a Tommy Hilfiger store opening in Beverly Hills, Calif., with beau Tommy Lee, Anderson was in an experimental fashion period. Case in point: the “Superhero Movie” actress paired a sheer black and red lace maxi dress with a woven black hat that featured a massive brim and crown, complete with double pigtails. Her shoe choice was equally daring: a set of black platform pumps, featuring square toes and thick block heels totaling at least 5 inches in height.

Anderson leaned into her glamorous side as the ’90s ended, showing a softer side to her sleek approach to fashion at the 1999 PETA Awards in September. While on the red carpet with Lee, the actress wore a silky green strapless gown with a white underskirt. The look was complete with strappy metallic gold heeled sandals.

Click through the gallery to discover more of Anderson’s top ’90s style moments.