All the Times Michelle Obama Wore J.Crew Over the Years 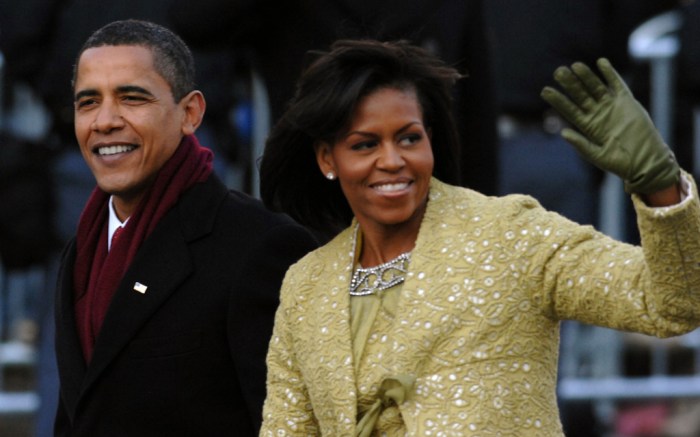 Throughout her time in the White House, Michelle Obama tended to wear American labels — whether she was clad in designer duds or more accessibly priced threads.

One of the former first lady’s favorite brands to wear was J.Crew. The company — which filed for Chapter 11 bankruptcy protection on May 4, 2020 — has additional fans in famous faces such as Reese Witherspoon, Jennifer Garner and even Meghan Markle.

For her part, Obama wore J.Crew many times while living at 1600 Pennsylvania Ave., including on President Barack Obama’s Inauguration Day in 2009. As the president took his oath that day, many eyes were on his wife’s sage green leather gloves from J.Crew — so many, in fact, that she crashed the brand’s site.

The “Becoming” author’s J.Crew streak continued throughout her husbands’ two terms in office, including plenty of sweaters in fun colors such as lavender, tangerine and cardinal. The cardigans were a staple for more casual appearances, such as events with children. They often came in argyle prints, or with glistening embellishment, for an eye-catching twist.

While Obama’s White House wardrobe included plenty of designer footwear (Jimmy Choo was a particular favorite of hers) she also chose pointed-toe pumps from none other than J.Crew on multiple occasions. At the 2012 Democratic National Convention in Charlotte, N.C., Obama sported a pink dress from Tracy Reese (one of her go-to designers) with matching J.Crew Everly pumps in a suede fabrication.

Months later, for President Obama’s second inauguration in 2013, the first lady teamed a Thom Browne coat with baby blue J.Crew Valentina pumps. (At a different point in the day, she wore the same coat with Reed Krakoff boots, but added  an embellished belt from J.Crew.)

Unfortunately for fans of the first lady’s J.Crew style, the pieces she wore had a tendency to sell out — and fast — in similar fashion to items worn by Kate Middleton and Markle. And since many of her J.Crew looks came years ago, most of the styles are no longer available.

Click through the gallery to see more of Michelle Obama’s best fashion moments.