Happy Birthday, Michelle Obama — A Look Back At Her Most Powerful Outfits Over the Years 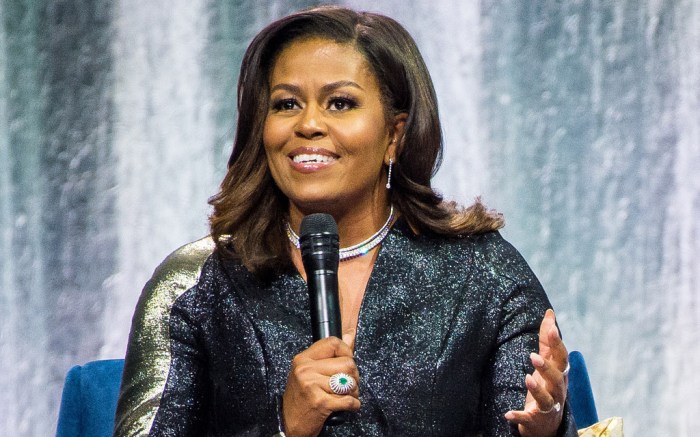 Happy birthday Michelle Obama. The former first lady turns 58 years old on Jan. 17, falling right on Martin Luther King Jr. Day. Michelle’s birthday is the first to be celebrated in the Obama household with Sasha Obama following on Jun. 10 and Malia on July 4. Former President Barack Obama is the last of the Obamas to celebrate his big day, his birthday falling on Aug. 4.

Throughout her time in the public eye, the Chicago native created her own legacy that includes numerous campaigns like Let’s Move!, encouraging children to embrace a healthier lifestyle, and the Let Girls Learn, which is dedicated to increasing access to education for girls. Beyond her endless charitable actions and positive influences, the “Becoming” star also turned into a style icon across her eight years in the capital.

In 2020, Michelle started her very own podcast on Spotify post-presidency titled “The Michelle Obama podcast,” which featured guests like her husband, Barack, and ever-funny talk show host Conan O’Brien. The podcast focuses on deepening connections with friends, family, and loved ones through engaging conversations about almost anything and everything.

Throughout the years that followed President Obama’s first inauguration ceremony, Michelle continued to make headlines for her classic yet bold style — think her bright yellow Balenciaga knot-dress paired to the brand’s glimmering boots from her 2018 interview with Sarah Jessica Parker!

In 2020, the former first lady made headlines once more for her style choices. Instead of her apparel or footwear stealing the show, though, it was her now legendary “Vote” necklace, a piece that made headlines for its subtle yet powerful message when she first wore it during the 2020 Democratic National Convention.

The original necklace came from Black-owned jewelry boutique, ByChari, and caused a frenzy across social media and search engines. Google Trends reported on Twitter after the DNC that “Michelle Obama necklace,” “vote necklace” and “letter necklace” all became breakout searches after the virtual speech aired on Aug. 17.

Here, Michelle is accompanied by former President Barack Obama in a head-to-toe plum Sergio Hudson look for President Joe Biden’s Inauguration on January 20th, 2021. The former first lady is dazzling in purple, donning a pair of black gloves to match the black boots and mask. Michelle aimed to break up all the purple with the inclusion of a gleaming belt that cinched in her waist while creating some depth. The look is effortlessly executed, defining what a successful monochromatic ensemble should look like. Sergio Hudson is a Black American designer that has worked with the likes of Rihanna and Beyonce. His work has been a long-time favorite of the former first lady.

Click through the gallery to discover more of Michelle Obama’s most memorable style moments throughout the years.