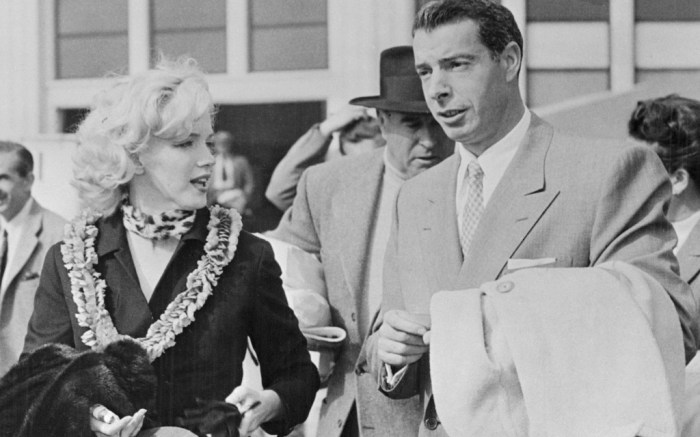 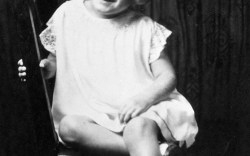 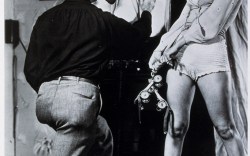 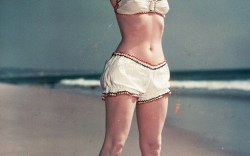 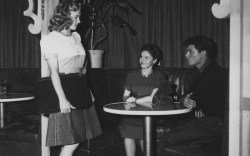 Marilyn Monroe will forever be revered as an icon of American cinema. However, she’s also revered as a timeless icon of the emerging fashions of the 1950s and ’60s — after all, who could forget her white dress moment in “The Seven Year Itch”?

During her nine-month-long marriage to baseball player Joe DiMaggio from January to September 1954, Monroe became known for her chic ensembles with classic pieces, ranging from day dresses to sharp coats. In almost all occasions, she was seen in pumps with high heels — even wearing the style when off-duty. DiMaggio, like many men of the era, frequently wore suits with collared shirts and leather brogues and loafers. Monroe’s style streak would continue in later years as well, during her marriage to playwright Arthur Miller.

Upon leaving San Francisco City Hall in January 1954, immediately following her marriage to DiMaggio, Monroe wore a black button-up jacket topped with a white fur collar and a bejeweled bow. A knee-length skirt, leather heels and a small box hat completed her ensemble. DiMaggio was dapperly dressed in a black suit with a tie and leather brogues for the occasion.

In February 1954, after their wedding and immediate 10-day honeymoon period, Monroe and DiMaggio continued their romance in Tokyo, which was spent on a press tour, including a moment to visit local sights like a fishing village, where the “Gentlemen Prefer Blondes” star wore a sleeveless color-blocked belted dress with a striped scarf in her hair. A pair of D’Orsay pumps finished her travel look. DiMaggio was sharply suited in a light heathered suit and loafers.

While attending a reception at Tokyo’s legendary Imperial Hotel, where the couple were guests of honor, Monroe donned a long-sleeved cardigan and matching low-cut gown, all covered in sparkling crystals, posing with former New York Yankee players Bobby Brown and Lefty O’Doul. DiMaggio’s ensemble was a double-breasted evening suit with a collared shirt and tie.

During a press conference in Tokyo, Monroe continued her sharp style streak in a pair of dark suede pumps and a belted knee-length dress. An embellished collar, large bow and fur coat completed her glamorous daytime ensemble.

During their marriage, Monroe and DiMaggio were often seen together in similarly sharp outfits. On one travel occasion, DiMaggio wore leather loafers with a light-colored suit while Monroe wore a leopard-printed scarf, dark short jacket and matching skirt with coordinating pumps.

Monroe and DiMaggio divorced in October 1954 – 274 days after they were married.

Fast-forward to 2022, where “Blonde” — a novel about Monroe’s inner life by Joyce Carol Oates — has been adapted and is set to be released on Netflix in September. The movie will star Ana de Armas as Monroe, with Bobby Cannavale as Joe DiMaggio. It also shows more of the duo’s off-duty wardrobes, which included light-colored collared tops and summer trousers in the warmer months.

The film’s trailer has also garnered critical acclaim ahead of the film’s release, which you can watch below.