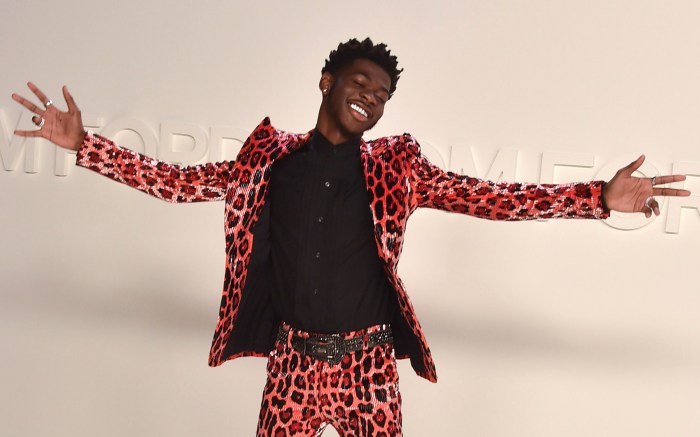 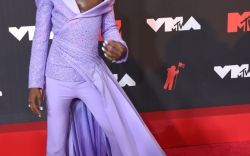 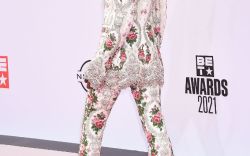 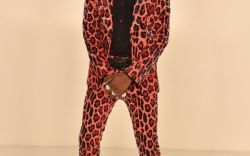 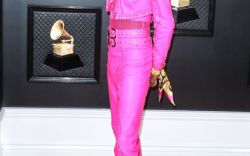 Lil Nas X came to fame with his hit song “Old Town Road” in 2019. The young star quickly became an internet sensation with his online sarcasm and playful jokes on Twitter. Aside from his hit music and hilarious tweets, Lil Nas X is becoming more known for his flamboyant fashion. The rapper often wears costume-like attire to red carpets and full sequin bodysuits to high-fashion events. Since he got his musical start in the country music genre, Lil Nas X has a plethora of colorful cowboy boots and hats that are custom-made. His whimsical style almost feels like he’s dressing up as a fun character over the years.

The Grammy award winner attended GQ’s Men of the Year Awards on Dec. 5, 2019 in a leather pants set. Lil Nas X’s turquoise pants and jacket featured a snake print and he wore a sheer top with rhinestones underneath. His accessories included his usual earrings, a silver studded belt and chunky patent leather Dr. Martens oxfords. The internet sensation channeled his inner goth boy with his look at Spotify’s Best New Artist Party on Jan. 23, 2020 in Los Angeles. Lil Nas X chose a pink and orange contrast-stitched, long-sleeve shirt with his stage name embroidered on the front. The sleeves had the same leather patches that were on the rapper’s baggy patchwork pants. Lil Nas X added to his height in black leather platform boots with steel-toe caps and silver ankle spikes. The pop star returned to his monochromatic looks at the Grammy Awards on Jan. 26, 2020 in Los Angeles. He wore a full Versace hot pink leather suit with gold studs and Versace’s Medusa logo.  Lil Nas X’s mesh top had a pink and gold body harness to match his double belt. Versace scarves were tied on each wrist with the brand’s cowboy hat on his head. Lil Nas X’s cowboy boots were the same hot pink color with gold toe caps. Lil Nas X wore a red leopard print suit to the Tom Ford show on Feb. 7, 2020  in Hollywood, Calif. The tailored suit was full sequined and paired with a collarless black tuxedo shirt. The star put aside his cowboy boots for sleek leather Chelsea boots. At the 2021 MTV Video Music Awards on Sept. 12, Lil Nas X channeled music legend Rick James. The performer wore a curly mullet wig with his crystal lavender set. The asymmetrical top was covered in Swarovski crystals and had a train rivaling a couture gown. Lil Nas X’s pants had the same crystal at the hemline where they met his square-toe lilac cowboy boots. The “Montero” singer wore metallic gold armor with platform Versace sneakers to the 2021 Met Gala on Sept. 13. The armor had chiseled abs and the Versace logo on the chest. The black leather sneakers had the geometric trim that is iconic to Versace’s brand. Underneath the armor, Lil Nas X revealed a gold and copper rhinestone jumpsuit. The onesie featured medallion designs and embellished trims on the sleeves and legs of the outfit. He wore a gold Versace choker with gold Medusa head stud earrings. See Lil Nas X’s style through the years.