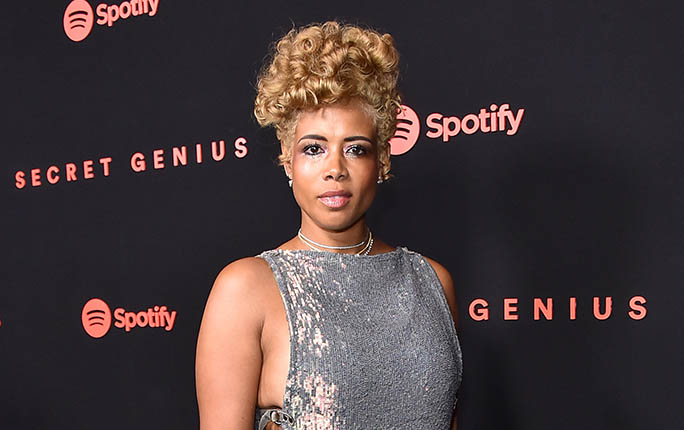 Kelis recently made headlines after the release of Beyonce’s seventh studio album “Renaissance.” While the Bey Hive rejoiced in celebration, Kelis was unhappy about the use of her music in one of the LP’s songs. Following the release of the new project, Kelis caught wind of the interpolated use of her 2003 single “Milkshake” through an Instagram post on a Kelis fan account pointing out a musical collaboration between the singers on the “Renaissance” track, “Energy.” She later commented on the post and claimed that she would’ve liked a heads up.

You can’t talk about Y2K fashion without mentioning Kelis’ style. The award-winning singer has a natural penchant for mixing bold prints and embracing eccentric looks, from corset tops and mini skirts to sparkling evening gowns and animal prints, Kelis has done it all.

Along with her natural fashion sense, the entertainer-turned-entrepreneur has redefined the hip-hop and R&B scene with her soulful vocals and hit songs, including “Milkshake,” “Bossy,” and “Caught Out There.” She has been dubbed a fearless style influencer for pushing boundaries and stepping outside the box.

Here we take a look at her most memorable fashion moments over the years.

Kelis brought a sleek edge to the Hollywood Unlocked Awards in June 2022. She appeared onstage at the annual affair in a black satin gown. The dress included a thigh-high front slit and ruffled hemline. She amped up the look with layered necklaces, bracelets and several midi rings. The songstress complemented the ensemble with gold sandals that included a sparkling mesh detail on the instep, a metallic open-toe and was set on a thin stiletto heel.

On Nov. 1 2017, Kelis sparkled on the carpet at the Secret Genius Awards. The musician wore a sleeveless silver gown that included cutouts on the side and risky thigh-high side slits. She paired the glittery gown with sleek black boots.

Kelis put an edgy, but glamorous spin on a little black dress at the 2nd annual Baby Ball Gala in 2016. She arrived in a long-sleeve sheer black dress. The garment included a turtle neck, lace accents on the bust and a sheer pleated hem. She finished off her look with black sandals that featured a wide feather detail across the toe and straps that wrapped around her ankle.

In April 2012, Kelis made a case for spring in a white floral dress. The piece had ruffled detailing near the high-low hemline. She complemented the garment with a nude corset that was wrapped tightly around her waist, along with oversized hoop earrings and a collection of bracelets. Kelis gave her outfit a towering boost with gold platform wedges. The shoe style included a small open-toe and sat on a stacked wedge heel.

Kelis gave a bold outfit an eye-catching boost for the Vivienne Westwood Spring/Summer 2012 fashion show during London Fashion Week. The “Get Along With You” artist was spotted out in a glistening silver top, which she paired with floral midi skirt. Kelis continued to mix patterns by completing her look with Christian Louboutin snakeskin platform heels. The silhouette had a chunky outsole and sat atop a thin stiletto heel.

For the 46th Annual Grammy Awards in February 2004, Kelis wore a glittering gown that included a plunging low-cut neckline and fringe hem. The garment was also decorated with intricate beads and sequins and had a colorful sheer pattern on the side. She tied the look together with gold strappy sandals.