Kate Middleton Turns 40: A Look at Her Incredible Shoe Style as a Royal 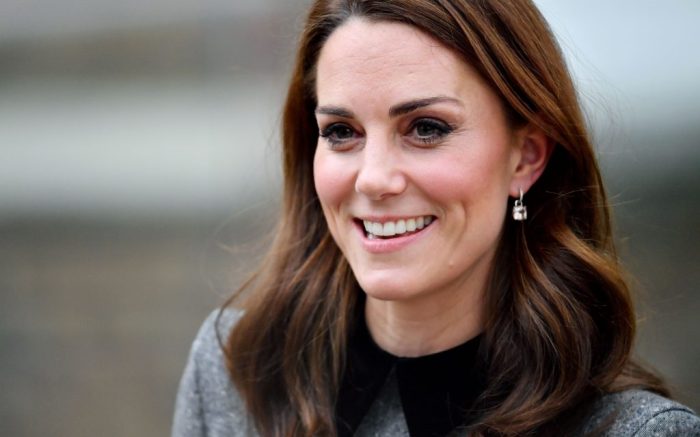 There’s no doubt about it: Kate Middleton has become a bona fide style icon — admired by women across the globe for her classic style with a modern twist.

When she announced her engagement to Prince William in 2010, Middleton sported a navy blue Issa dress that sold out immediately — and she’s continued to move product for designers ever since.

The Duchess of Cambridge often steps out in styles from British designers, with favorites including Jenny Packham, Alexander McQueen and L.K. Bennett. While her taste veers toward the pricier end, Middleton rewears pieces often — recycling old favorites with new shoes or accessories for a fresh look. The duchess also incorporates some low-cost pieces into her wardrobe, mixing in items from mall staples like Zara, Gap and J.Crew.

Over the years, Middleton has worn a variety of shoes from principled labels like Stuart Weitzman and Gianvito Rossi. She also has a penchant for shoes by Jimmy Choo. When it comes to clothing, we’ve seen her don beautiful creations from brands like Alexander McQueen, Jenny Packham and Self Portrait that always makes sure that the Duchess looks regal and elegant no matter the occasion. On red carpets, she has an affinity for glitzy and statement-making garments that have her signature flair. While other times, she opts for more flowy styles like linen and billowing chiffon moments. Middleton’s 40th birthday will happen this weekend, and this year also signifies the 10th anniversary of her and Prince William’s union.

When it comes to accessories, the Duchess wears jewels that glimmer and glitter from brands like Van Cleef & Arpels, Daniella Draper, Mappin & Webb, Simone Rocha and Kiki Mcdonough, which further elevate all of her stunning getups.

With her wardrobe so closely followed, it’s no surprise that Middleton is the biggest style influencer in all of Britain (sister-in-law Meghan Markle ranks No. 4).

The University of St. Andrews alum’s shoe style is as much followed as anything else. Below, look at some common themes of the footwear she steps out in — including the occasional sneaker.

Every woman should have a favorite pair of nude pumps. The Duchess of Cambridge’s go-to is Gianvito Rossi’s Gianvito pumps in the “Praline” colorway. The shoes feature a pointed silhouette with a slim heel and go with almost anything.

Middleton’s other favorite is L.K. Bennett’s Fern Nappa heel, which retails for $295. She’s stepped out in the style — with its leather upper and a slim stiletto heel — more than a dozen times.

Heels to Match the Dress

An easy way to pull together a look? Matching high heels to a dress. Middleton often opts for shoes a shade or two darker than the dress — a subtle styling effect that forces the eye upward, creating the illusion of a longer frame.

White Sneakers for the Win

In recent years, white sneakers are a casual style staple that won’t go away. Middleton rarely steps out in dressed-down looks, but Superga’s classic white sneakers are a favorite of hers. The shoes have been beloved by royals for decades, as Princess Diana chose the style often before her untimely death in 1997.

Stick With What Works

Don’t fix what ain’t broke. Since before she even married Prince William, Middleton has been kicking around in the same pair of Penelope Chilvers boots. The brown style has tassel detailing and a flat base, offering a casual and comfortable look perfect for adventuring around the world.

In 2019, Middleton hired a new stylist: Virginia “Ginnie” Chadwyck-Healey, a former British Vogue editor. Since Chadwyck-Healey came aboard, the duchess has been showing off a more edgy style, incorporating unexpected lace-up boots into the mix.

While the temperatures in London stay relatively mild, Middleton needed heavy-duty snow boots for a 2018 trip to Scandinavia. The mother of three went with Sorel boots that had faux fur trim and a waterproof exterior — both fully functional and cute.