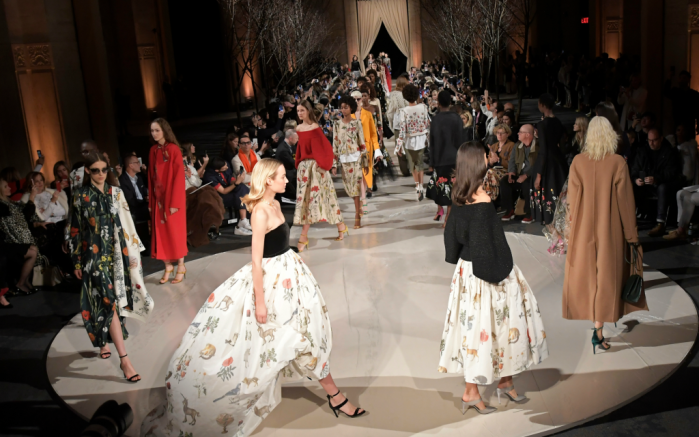 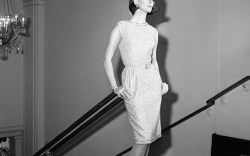 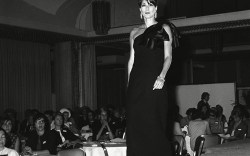 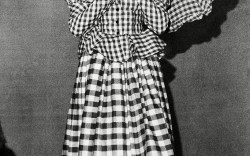 While many today consider New York City the fashion capital of the world, before 1940, the designers in Paris stole the show. American designers considered Paris the main inspiration for world fashion, taking cues from reporters and buyers who attended the exclusively seasonal fashion shows in France.

But when Germany occupied France during World War II, the American fashion industry faced a crisis: Without access to Paris, who would inspire the latest designs?

According to WWD, an established publicist named Eleanor Lambert decided to organize an event in New York called Press Week in 1943. Lambert hoped that Press Week would provide an opportunity to see and read about the work of emerging American designers who labored in anonymity at the time. Notably, in 1962 Lambert would also start the Council of Fashion Designers of America (CFDA).

Press Week quickly became a semiannual event, where editors would gather in ritzy hotels like the Plaza and the Pierre to see the latest in fashion. The week gave America an opportunity to feature gifted American designers, who previously hid in the shadows of French designers and were often marked as “unnamed” in fashion magazines.

New York Press Week continued through the late ‘50s, featuring work from designer luminaries like Oscar de la Renta and Bill Blass. As American designers rose to prominence, the event began to evolve into the New York Fashion Week we know today. By the ’70s and ’80s, shows were held in more unconventional spaces, such as art galleries, nightclubs as well as restaurants and lofts.

Fashion weeks in New York continued to operate in these creative spaces until 1990, after the Michael Kors infamous loft show incident. As the story goes, Kors decided to hold a fashion show in an empty space where his showroom was located. As models dashed down the runway and the music blasted, bits of plaster from the ceiling started to crumble, falling on the heads of models and guests.

One notable guest who attended the show included fashion editor and the executive director of the Council of Fashion Designers of America, Fern Mallis.

That was the final straw for Mallis, who influenced the CFDA, the group that organized New York Fashion Week, to declare that all shows were to move to tents at Bryant Park in 1993. It was then that New York Fashion Week started to take off as the global entity it is today.

Celebrities started to flock to the shows, adding a whole new dimension to New York Fashion Week. Stars such as Mariah Carey, Sarah Jessica Parker and Beyoncé Knowles could all be spotted seated front row at the shows throughout the years.

The shows continued to draw crowds until September 11, 2001, when Fashion Week was scheduled to kick off. The event was canceled due to the 9/11 terrorist attacks that day. It was the only year that New York Fashion Week would be canceled.

By 2009, designers began to downsize and disperse due to the recession of 2008. In 2010, due to conflicts with Bryant Park and the fashion world, the event moved to Lincoln Center and throughout New York.

Although many were saddened that New York Fashion Week would no longer be in one place, the plethora of designers prompted street style and influencers to flourish. New York Fashion Week has evolved into a multi-site event; to see shows, the fashion crowd now has to run from place to place, exposing tasteful looks to the gritty streets.

The streets of New York became a place for fashionable peacocks to show off over-the-top looks. These fashion-forward presences came with blogs and social platforms, making them just as buzzworthy at shows as celebrities.

Today, New York Fashion Week is a multifaceted event. Complete with the latest in American design, influencer and celebrity appearances and more. The biannual event has also become a stage for designers from around the world to debut designers and styles, further signifying that New York Fashion Week continues to be a global force to reckon with.