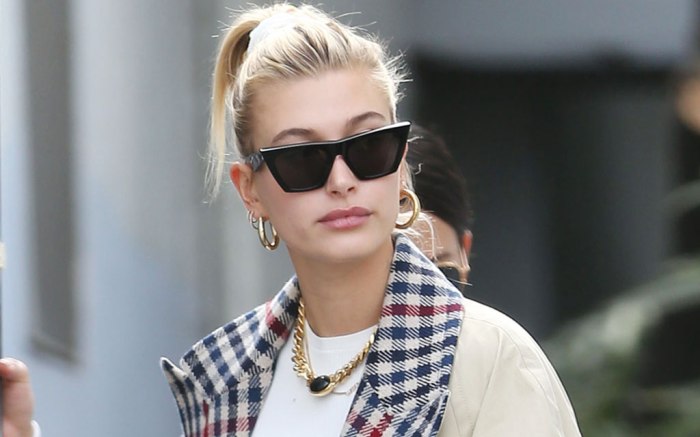 Hailey Baldwin has cemented her status as a street-style star thanks to her tomboy-chic aesthetic, with wardrobe staples including oversize hoodies, combat boots and denim.

While she mixes it up with her footwear, there’s one item that dominates Baldwin’s closet: sneakers.

“Hailey will wear a sneaker to a Tom Ford after-party during Fashion Week and not care,” explained her wardrobe stylist, Maeve Reilly. “I have to say, if she did one thing different from the rest, it’s that’s she’s always down to wear sneakers day or night.”

Over the past six months alone, Baldwin has been spotted in more than 20 different sneaker styles.

Lately, the 2017 FN Style Influencer of the Year’s go-to sneaker has been the Nike Air Force 1, a classic silhouette that began in the ’80s as a basketball shoe. The shoe is a favorite of Baldwin’s to team with everything from silk trousers to baggy sweats.

Nike collaborations with brands such as Fear of God, Comme des Garçons and Off-White have been among Baldwin’s sneaker choices, too.

In September, she stepped out in Los Angeles wearing a JW Anderson coat with the Nike x Fear of God Air Skylon 2.

The “Drop the Mic” co-host has worn several Nike x Off-White silhouettes, including the Air Force 1 and Vapormax.

Adidas is another brand that makes plenty of appearances in Baldwin’s closet. The A-lister has chosen several classic white sneakers from the German sportswear company, such as the Stan Smith and the Continental.

Baldwin has also been spotted in more high-end kicks, from brands like Chanel, Iro Paris and Balenciaga.