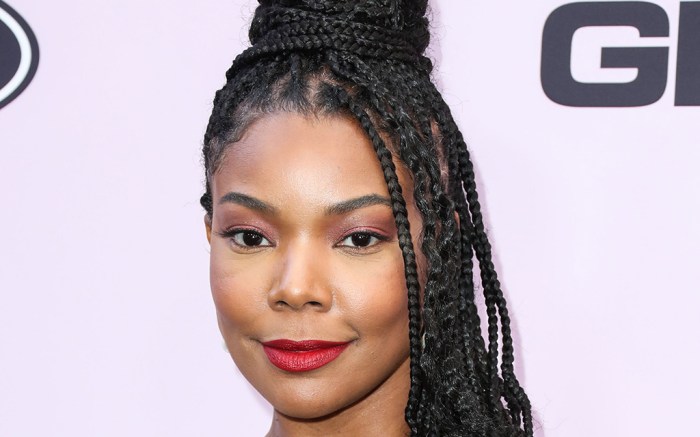 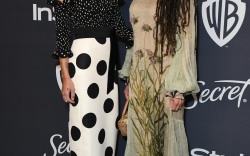 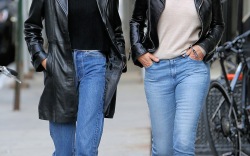 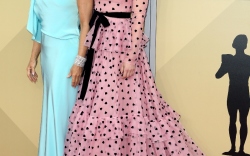 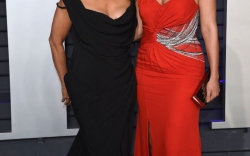 Forget Dwayne Wade and Gabrielle Union. We’re looking at Union and her daughter Kaavia, who make one trendy pairing.

In September, the actress proved it is acceptable for toddlers to attend fancy events. Union posted a photo of herself in an elegant Valentino couture gown from the label’s spring 2020 collection. The ensemble featured a strapless dress with a pale-pink structured skirt. Union accessorized with a glass of champagne to celebrate her seventh wedding annversary at the Peninsula Paris hotel. Kaavia, meanwhile, wore Lanvin for the occasion with pale pink Mary-Jane flats. She accessorized with a teddy bear.

Union often posts photos of herself and Kaavia on social media, and we’re here for it. Kaavia is just a stylish as any celebrity these days. Case in point: her multicolored pinstripe skirt and suit ensemble by Thom Brown she wore in August, complete with Velcro Vans slip-ons.

Last year, at just 18-months-old, Union’s daughter remained on trend even in pajamas.

Wearing Crocs, Kaavia could be seen wearing tie-dye, the hottest summer trend of the time, which is continuing to this day. Its trend-right casual product is connecting with consumers more than ever before, from toddlers like Kaavia to Gen Z and millennials. Union, meanwhile, was dressed in a designer look by Lanvin. She opted for an outfit from the label’s fall ’20 collection, which included a ruffle print dress and burgundy patent leather knee-high boots.

When she’s not posing with Kaavia or her former NBA star husband, Union often matches with 14-year-old daughter Zaya.

Last year, both Union and Wade made the TIME100 list for speaking out on LGBTQ+ rights. “We’re still kind of getting used to being recognized for doing things that have really kind of come naturally like loving your kids as they are,” Union told “Good Morning America” at the time. “It’s just weird to get credit for that.” Union was referring to the spotlight she and Wade have been under since  supporting daughter Zaya Wade, who came out as transgender in 2020. The family has been vocal about allyship and transgender equality while Zaya has become a leading voice for the LGBTQ+ community in her own right. “When you are in the fight for equality, you have to embrace every life as being worthy of and deserving of equality,” Union added during the “GMA” interview. “You can’t pick and choose.”

In celebration of pride month in June, Zaya and Union switched outfits for a TikTok video, dressing in chic Prada ensembles. The clip has since received nearly 2 million views. In it, Union is seen walking down a flight of stairs in the label’s triangle logo trimmed robe, which she teamed with a crisp white button up and a pair of black shorts and white loafers. In her hand, the star holds Prada’s Galleria bag in navy before tossing it to Zaya, who is wearing a white t-shirt layered underneath a black tube top from the brand — which she teamed with a billowing skirt. As Zaya catches the purse, the clip transitions to then show Zaya in the robe with Union changing into the tube top and skirt.

Click through the gallery to see the most-fashionable mother-daughter duos of all time.