The Early Days: A Look Back at FN Achievement Awards of Years Past 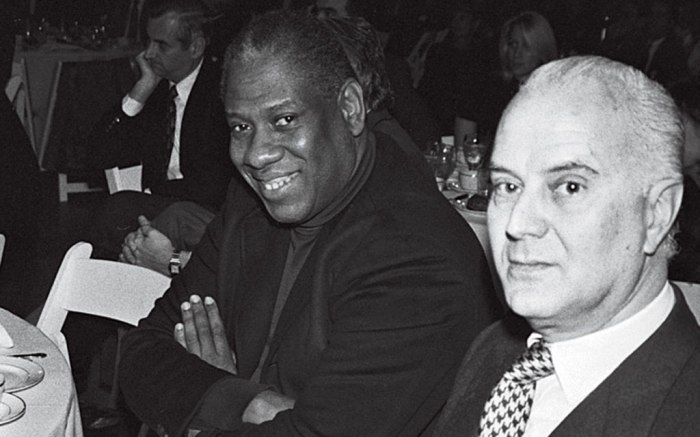 The FN Achievement Awards, often called the “Oscars of Shoes,” brings together top names from around the industry for a celebratory night honoring the best designers, brands, retailers, shoes and new talents.

Since its beginnings in 1986, the awards show has grown tremendously both in size and scale.

At the first event — a cozy breakfast gathering in New York — five awards were given out to legendary companies Foot Locker Inc., Allen-Edmonds and Fisher Camuto (the precursor to Nine West), as well as visionary entrepreneurs Joan Helpern (co-founder of Joan & David) and Paul Fireman (founder of Reebok).

By comparison, today’s awards ceremony is vastly different. Often as many as 16 honorees are feted, and the evening cocktail gathering is now a must-attend, buzz-filled red carpet extravaganza.

Though the early days of the awards were a quieter affair, they had no shortage of star power. In 1989, Sam and Libby Edelman received their first-ever FNAA for Company of the Year (Sam & Libby). And shortly after, the duo was named People of the Year in 1991.

And before he was chairman of the Council of Fashion Designers of America and an Oscar-nominated film director, Tom Ford received the Designer of the Year award from FN in 1995.

Another magical moment took place at the 11th annual FNAAs in 1997, where Manolo Blahnik (now a five-time FNAA winner) was inducted into the Hall of Fame. He sat poker-faced next to Vogue editor André Leon Talley as he collected his second FNAA. His first was the 1992 Designer of the Year honor.

Other early standouts at the FNAAs included Anne Klein (1989 Designer of the Year) and Nike founder Phil Knight (1989 Person of the Year).

The FN Achievement Awards take place each winter in New York City and honor the best and brightest in the shoe biz. The 2021 event is scheduled to take place on Nov. 30.

Click through the gallery to see more highlights from the FNAAs over the years.