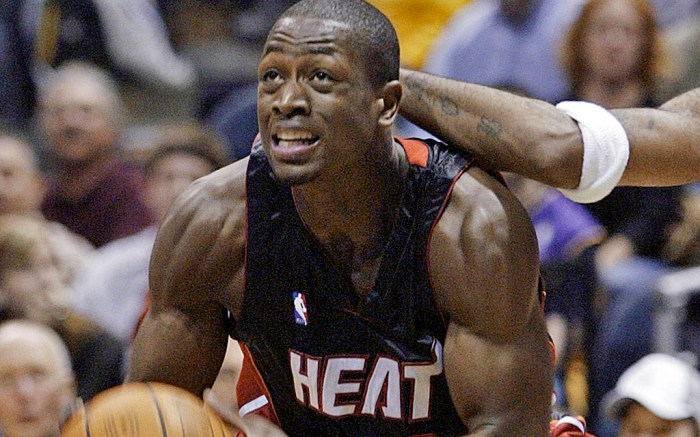 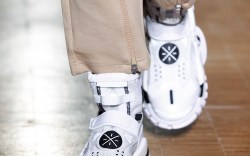 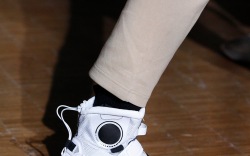 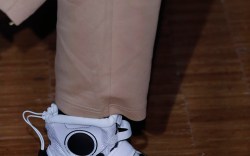 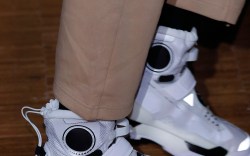 In 2001, most people had never heard the name Dwyane Wade.

Being only a partial qualifier coming into Marquette out of high school, Wade sat out his entire freshman season under Proposition 48 rulings. By 2003, the baller was a consensus First Team All-American, and had led Marquette on a Final Four run — which included posting a triple double on prime time television to lead the Golden Eagles past the favored Kentucky Wildcats. Not long after that Cinderella story, Wade’s name was called fifth in the 2003 NBA Draft behind LeBron James, Carmelo Anthony and Chris Bosh.

In the summer months leading up to the draft, Wade served as the face of Converse’s attempt to reintroduce itself into the basketball space as a brand to be reckoned with. Converse hadn’t seen much traction in the NBA since the Aero Jam worn by Larry Johnson, more affectionately known as “Grandmama,” in the early-1990s and the various Converse All Star silhouettes rocked by Dennis Rodman late in his career. Nike acquired the brand as a subsidiary in September 2003 and announced a renewed commitment to performance basketball sneakers with a bang.

Converse used its history and newfound burst of energy to reemerge with a new roster that contained five of the top 20 first-round picks of the 2003 Draft. The quintuplet of stars, marketed as “The First School,” would be seen in advertisements for the brand’s Loaded Weapon shoe that was a revamp of the legendary Weapon from 1986 and worn by NBA greats including Larry Bird, Magic Johnson and Isiah Thomas. The selling point was the introduction of Converse’s Icon Performance System that placed helium in the heel, which promised to provide a better ride and feel to keep pace with the evolving athlete.

Though drafted after Bosh, Wade was viewed as the foreman of “The First School” and was given a six-year, $2.4 million dollar shoe deal with Converse, a far cry from fellow draft pick Anthony’s and James’ $21 million and $90 million dollar contracts, respectively — and he certainly outplayed that deal. By 2005, Wade had his first signature with Converse, the Wade 1, designed by Duane Laurence. It is remembered for its classic “Fall down 7, Get up 8” commercial. The penultimate memory attached to the Wade 1, though, is the baller’s first-ever NBA Finals win and Finals MVP performance. The shoe sold more that 1 million pairs worldwide.

The season after winning a championship, the Wade signature line added two new entries with the Wade 1.3 and the Wade 2 dropping in 2006. Neither shoe sold nearly as well as the Wade 1. In 2007, Converse released the Wade 3. Now a household name, the Wade 3 release debuted with another memorable campaign entitled “A Kid from Robbins.” Composed of soft leather and nubuck on the upper, the Wade 3 also implemented enhanced technology that included an internal shank plate and sculpted compression molded EVA cushioning. More importantly, a USA-themed Wade 3 was its namesake’s sneaker of choice throughout the Redeem Team’s run to a gold medal during the 2008 Beijing Olympics.

The Face of Jordan

Controversy surrounded the Wade 4. Wade refused to wear his latest signature throughout that season amid speculation of discomfort, as well as Wade disliking the shoe and the direction the brand was taking his signature franchise. Instead, he opted to return to the Wade 1, which ended up retroing in April 2009 — but that wasn’t enough to keep Wade. After his six-year contract ended, he signed with Jordan Brand, teaming him with his childhood hero, Michael Jordan, as well as brand ambassadors and friends Anthony and Chris Paul. He began the 2009 season rocking player edition versions of various retro Jordans. Oddly enough, D-Wade also started his career wearing Jordans during Summer League his rookie season.

By February 2010, Wade was featured in an iconic ad with MJ showcasing the all-new Air Jordan 2010 and marking the first time in Air Jordan history that its namesake was not the face of the campaign. The Air Jordan 2010 addressed some of the alleged gripes Wade had with Converse. The shoe was both stylish and comfortable.

Being a Jordan Brand athlete means having access to limitless sneaker options. Jordan continued using Wade’s star power in 2010 and used the internationally televised Christmas Day game versus the Los Angeles Lakers to introduce the Air Jordan 2011 to the world. This game also featured the Kobe 6 “Grinch,” so eyes were already on the kicks on the court. This was the last year that D-Wade wore inline Jordans. In May of 2011, Wade’s inaugural signature with Jordan Brand was released for the playoffs. Although highly publicized, the Jordan Fly Wade did not sell particularly well, and the brand was embroiled in a lawsuit with Point 3 Basketball, who claimed that Wade’s logo copied theirs.

Six months after releasing the Fly Wade and the lawsuit with Point 3 settled, Jordan Brand revealed a new logo on the tongue of a new shoe. The Fly Wade 2 hit shelves in December of that 2011. Sales of the Wade signature continued to struggle through the revamped Jordan Wade 2 EV.

After brief negotiations, Wade stunned everyone and signed an eight-year, $10 Million contract with Chinese brand Li-Ning, which also made him chief brand officer in 2012 and established his own Way of Wade subsidiary brand. Though initially hard to come by stateside, the Way of Wade became wildly popular and has added a litany of models to the collection. The partnership worked so well, Wade signed a lifetime contract in 2020 and now has NBA players signed such as Jimmy Butler, a former Jordan Brand athlete, and Fred Van Vleet to the Way of Wade Brand.