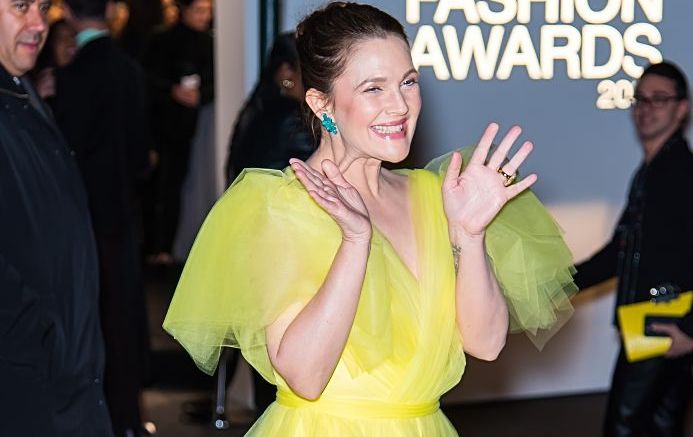 Drew Barrymore has been a style inspiration to many. Her look, like her career, is ever-evolving, expressive of Barrymore’s personal tastes and rends of the time. She’s explored every iconic 2000s look from her days as one of “Charlie’s Angels,” her style evolving from that scared teen in “Scream'” to a confident businesswoman and producer.

The actress has ventured many unforgettable looks that have solidified her as one of many fashion icons. Following her journey of “50 First Dates,” all the way to her recently successful talk show, “The Drew Barrymore Show,” the actress continues to meet the wildest fashion expectations. From her collaborations with Guess to the launch of her own clothing line Dear Drew by Drew Barrymore, the actress knows a thing or two about style. In 2018, she shared her love of comfort footwear as a Crocs ambassador. A trend starter, Barrymore has created the latest hyper fixations, cementing her not only as a pop culture icon but as a master of style.

Here is a young Barrymore standing side by side with her fellow “Charlie’s Angels” costars, Cameron Diaz and Lucy Liu. The starlet was dressed in a tomboyish fashion, much like her character Dylan in the movie. She wore a denim jacket with a silver broach on the lapel that accented her silver hoops. In true 2000s style, Barrymore wore a camisole, finishing the look in blue slacks and black boots.

In 2003, Barrymore brought style inspiration galore, citing the heavy use of cropped graphic tees and low-waisted leather trousers. The simple but effective ensemble has made its way back to the mainstream thanks to the popularization of the Y2K aesthetic. The trend has people dressing in order to show off their midriffs and then some, or even a neat butterfly tattoo.

While her style remained stagnant for much of the 2000s, it was in the 2010s that Barrymore began to explore more exciting silhouettes. For the “Going the Distance” premiere in Los Angeles, the actress wore a long metallic patterned gown cinched at the waist with a belt. She completed the look with a pair of suede gray pumps.

Textural elements became a big part of Barrymore’s style in 2013. This grownup look on her is made extra-chic with the addition of the lace detailing on the bodice and down her arms. It effectively creates space and breaks up all the black present in the ensemble. The black pumps she wears are elevated with the addition of yet another textural element with some crystals on the heel.

Over the years, Barrymore began to explore different washes of color, opting specifically for lengthier dresses when on red carpets. Here, she wears a cotton candy-colored dress with flecks of dark pink and blue. Her pumps are black, effectively drawing the eye to strappy shoes. 2016 was all about statement jewelry. Barrymore explores this trend here with the addition of a chunky green bracelet.

In 2019 at Charlize Theron’s Africa Outreach Project fundraiser, Barrymore brings it back to a casual, tomboyish look, adding girly elements like a chunky statement heel or some silky satin blue pants. The ensemble is effortless but more put together, harkening back to her days of wearing T-shirts and low-rise pants or blazers and ties. Its an easily brought-together look with accessible pieces. It’s only within the details that the outfit starts to get interesting.

Nothing much has changed in 2021. Barrymore keeps a classic style going with eccentric touches. At Z100’s Jingle Ball on Dec. 10, 2021 in New York, she arrived a glittery long skirt and black coat with some staple black booties. She added some fun with her gold chain accessories and wild white mascara. Barrymore proves that classics, especially in fashion, never die, bringing together an eclectic style that we know and love her for.