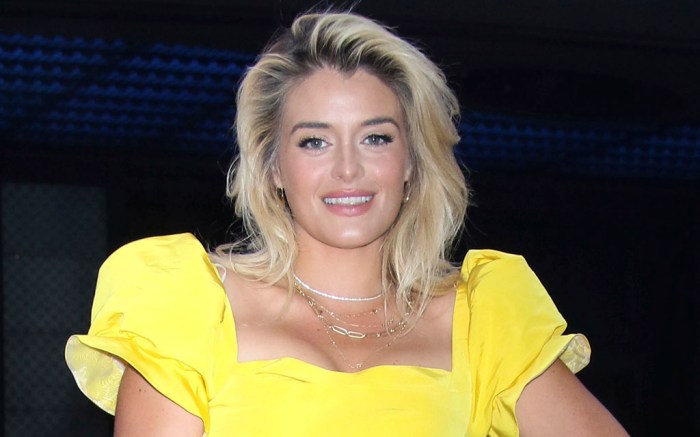 Daphne Oz has garnered much attention due to her TikTok cooking videos. But that’s just the tip of the iceberg for the eldest daughter of television doctor and Republican senate candidate for Pennsylvania, Dr. Oz.

Daphne has also released her own talk show “The Good Dish” and is one of the current judges of “MasterChef Junior.” Along with her outstanding career and cooking expertise, the journalist has continued to display some stylish sartorial moments through the years. When it comes to fashion, Daphne has a classic and chic fashion sense that she often showcases at events and during appearances. The Emmy Award-winning television host has mastered the art of minimal moments, proving that less is more.

Here is a look at Daphne’s style evolution through the years.

Daphne easily elevated a black midi dress while attending the Saks x DADA Daily Home For the Holidays pop-up launch in 2019 in New York. She complemented her dress with a pair of blue snakeskin knee-high boots. The silhouette had a pointed-toe and was set on a stacked block heel.

In 2018, Daphne was all smiles at the Kohl’s Give Joy Shop event in New York. The media personality wore a black blouse that was decorated with white and pink polkadots. She tied her outfit together with suede pants and white ankle boots. The shoe style had an elongated pointed-toe and was set on a tan triangle heel.

Daphne looked gorgeous at the Sleep Number Mom’s Night out event in 2018. The “Eat Your Heart Out” author appeared on the scene in a yellow floral-printed dress. The garment had short ruffled sleeves and an asymmetrical hemline. Taking things up a notch, she completed her look with black strappy sandals.

For the Brit + Co Kicks Off pop-up event in 2017, Daphne opted for a black and white polkadot midi dress. The piece had long billowy sleeves and had a small bow on the neck. For footwear, she slipped into a pair of black sandals that were decorated with a red pattern around the ankle strap.

In 2017, Daphne made quite the entrance at the Harper’s Bazaar Celebration of “Icons by Carine Roitfield.” The television personality arrived in a maroon dress that was adorned with a floral print and include sheer paneling near the sleeves. She finished off her look with strappy platform wedge sandals.

In 2016, Daphne looked effortlessly chic while signing copies of her new book, “The Happy Cook” in New Jersey. She wore a burgundy mini dress with nude suede cutout pumps.

Daphne had all eyes on her at the 42nd annual Daytime Emmy Awards in 2015. The TV star appeared on the red carpet in a floor-length gown. Her ensemble consisted of a white strapless bralette and high-waist satin black skirt, which had ruffled details and a slit at the front. Finishing Daphne’s look was a set of black patent pointed-toe pumps.