Paris Hilton, Kristen Bell and More Celebs Kick Up Their Heels for Santa 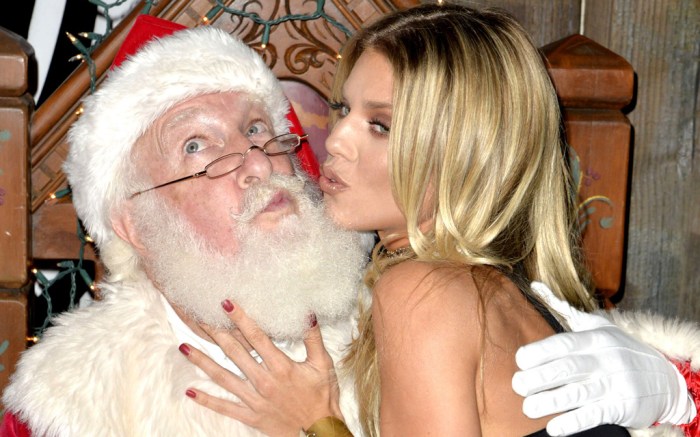 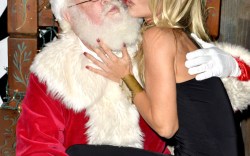 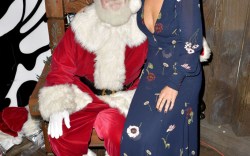 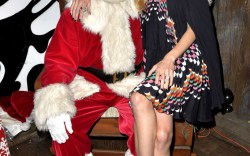 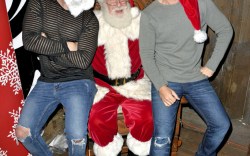 It’s beginning to look a lot like Christmas — with celebrities queuing up for a spot on Santa’s lap.

Paris and Nicky Hilton had a #sliving moment with Santa Claus this year, posing in sparkly red and silver minidresses. The sisters’ choice of footwear was equally festive, with Paris donning sparkly black Jimmy Choo pumps while Nicky posed in crystal-covered Giannico heels.

Daya had a paparazzi moment with Kris Kringle at the Grove’s Christmas tree lighting in Los Angeles, California. The musician posed with Santa on the red carpet, wearing a furry blue jacket with matching pointed-toe ankle boots.

Bebe Rexha told Santa what she wanted for Christmas on the red carpet at 102.7 KIIS FM’s Jingle Ball 2017 at The Forum in Inglewood, California. Rexha dressed the part, wearing a matching red puffer coat and pants with black boots.

AnnaLynne McCord earned a place on Kris Kringle’s “nice list” on Friday when she kicked her Tom Ford heels up and posed for a photo with him at the Not For Sale x Z Shoes benefit in Los Angeles.

Singer Lance Bass and actresses Jaime King and Serinda Swan also beamed in photos with Santa at the charity event, which supported Not For Sale, an organization that fights modern slavery and exploitation around the world. The company’s newly launched Z Shoes operates under the same ethos.

Making merry with Santa Claus was also on “Orange Is the New Black” star Dascha Polanco’s mind last week in New York City. Clad in a bold red blouse, black trousers and matching boots, the actress captioned a photo: “Never too old to sit on Santa’s lap and give him my list!”

In November, popular L.A. shopping plaza The Grove celebrated Christmas early with a holiday concert by actor-singer Seth MacFarlane. Lea Michele and Kristen Bell were some of the guests who also posed for pictures with Santa Claus.