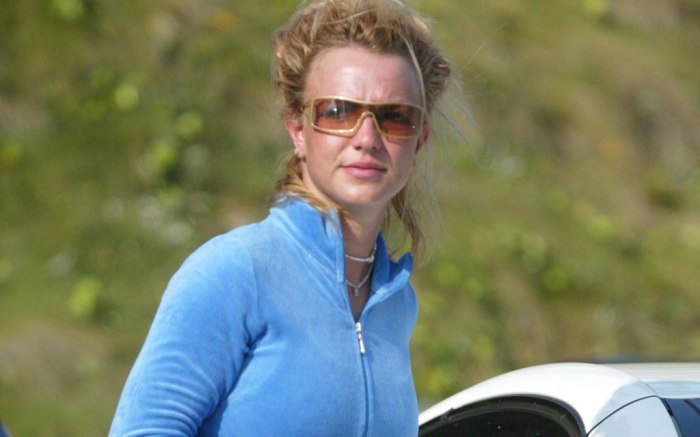 Spears’ cultural influence is still strong today, but the late ’90s and early ’00s could be called the “age of Britney.” The pop star, now 38, released a string of earworms throughout the era, often accompanied by attention-grabbing music videos.

Given her enormous popularity, Spears became a regular tabloid fixture — which means many of her street style looks are captured for eternity. With chunky sneakers, velour sweatsuits and wedge flip-flops galore, the A-lister’s outfits will hit you with a wave of nostalgia.

In particular, chunky sneakers were a huge favorite of the singer’s. She modeled the Skechers Energy, which was re-released earlier this year, in 1999. So-called dad shoes have been hot for the past few years, but they were also a must-have for every teen of Spears’ era — often teamed with track pants or low-rise jeans.

Another favorite shoe of Spears’ was the high-heeled flip-flop. She often teamed her rainbow-striped flip-flops wedges with minidresses and denim shorts in the summer months. While the silhouette has been much derided in recent years, it’s back in vogue now, thanks to a new wave of “It” girls like Rosie Huntington-Whiteley, Kim Kardashian West and Emily Ratajkowski.

Swipe through the gallery to see more of Britney Spears’ nostalgia-inducing street style of the ’90s and early ’00s.