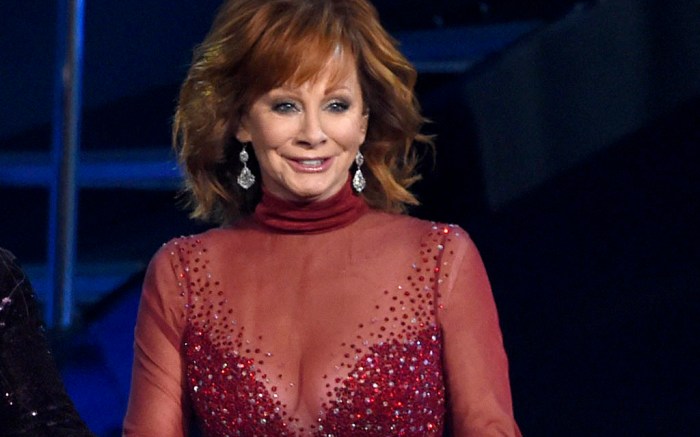 Country music fans have no shortage of yearly award shows to celebrate their favorite artists and songs in the genre. But remembering the difference between the big three country music award shows isn’t exactly simple, especially with the shows having such similar names. Whether it’s the CMTs or the ACMs or the CMAs, it can be easy to assume the award shows for country music are all interchangeable given the naming similarities. Yet that couldn’t be further from the truth.

Though country music award shows are largely named with the same letters, the order of these letters can be the difference between a casual fan-focused award show and the Grammys of country music. While many award categories may be the same at these shows, the prestige of each award show differs, just like with film or general music award shows. And winning in a particular category at one award show doesn’t guarantee your favorite artist will sweep the same category at all three celebrations. That’s what keeps things exciting. Plus, it never hurts to have another excuse to see top artists perform their hit songs throughout the night — and that’s not to mention the show-stopping fashion.

With the CMT Music Awards coming up on April 11 at 8 p.m. ET on CBS, it can be hard to know what show you are actually gearing up to watch. Read on to finally decode the difference between the CMT Music Awards, ACM Awards and CMA Awards — and learn a little about the history of each show along the way. Consider it essential country music knowledge any fan should have, even if you’re bound to watch all three award shows anyway.

The CMT Music Awards is a fan-voted award show hosted by CMT, or Country Music Television. Yes, the title of this particular awards show is slightly redundant, but an award show is more than its name. Held every year in Nashville, the CMT Music Awards are basically the “viewer’s choice awards” of country music. Winners are selected by fans through text messages and online voting, which some have critiqued as being a “popularity contest” over a measure of talent. The award show is largely centered around music videos with the biggest award of the night being Video of the Year.

Country Music Television was first created in 1983 during the famous ’80s music video boom. The first official CMT Music Awards aired in 2001, though the fan-voted country music award show format had been passed around to many country music outlets since 1988. Some argue the CMT Music Awards can be traced back to 1967 when they were known as the Music City News Awards, as Music City News eventually hosted the fan-voted show concept in 1990. The CMT Music Awards are held yearly in Nashville, airing predictably on CMT. This year, however, the broadcast will be held for the first time on CBS. Carrie Underwood is the most awarded artist in the history of the award show with a staggering 23 wins over her career.

Memorable moments in the relatively short history of the CMT Music Awards include Keith Urban’s tribute to Hurricane Katrina survivors in 2006, in which he performed with displaced survivors of the storm. The most iconic performance to come out of the show’s history is arguably Willie Nelson”s 2012 star-studded collaboration with Toby Keith, the Zac Brown Band, Darius Rucker and Jamey Johnson.

The CMT Music Awards feature more casual red carpet fashion compared to the ACMs and the CMAs, going with the general low-key theme of the night. Though the award show isn’t responsible for any uber-viral fashion moments, Kelsea Ballerini’s hot pink leather outfit from the 2021 show is the most recent striking ensemble to come out of the CMTs. Other memorable outfits in CMT history include Carrie Underwood’s lemon yellow bejeweled mini dress from 2018 and Nicole Kidman’s edgy see-through black lace ensemble from the 2017 show.

The ACM Awards, or the Academy of Country Music Awards, is noted for recognizing musical achievement in the country music industry with a special focus on staying power in the genre. Though award categories echo that of the similar CMA Awards, the ACMs feature unique achievement awards like Artist of the Decade and Triple Crown recognition. Winners of ACM Awards are voted on by the Academy of Country Music members, which is a prestigious club. The award show itself is especially noted for genre-crossing performances, pairing popular pop and R&B artists with country music superstars for memorable entertainment. The biggest award of the night is Entertainer of the Year, though an Artist of the Decade award is presented every ten years to larger fan-fare.

The ACM Awards were first birthed in 1966, making it the oldest award show in the country music sphere. The show, however, was first televised in 1972 some five years after the CMAs became televised. In 2015, the show’s 50th-anniversary award show set a Guinness World Record for the most-attended live awards show ever with an audience of 70,000 attendees. Though the show had always been available on network cable throughout its televised history, it moved to Amazon Prime Video in 2022.

The show was held in Los Angeles, a hub for country music in the 60s and 70s, until 2002. In 2003, the ceremony moved to Las Vegas, occasionally pulling brief stints in Texas and Nashville. In 2020 and 2021, an in-person ACM Award ceremony was not held due to the COVID-19 pandemic. In 2022, the ceremony returned to Las Vegas for a March show.

Notably, the ACM Awards are the only country music award show to present an Artist of the Decade award, one of the most prestigious awards in the business. The recognition, which was first introduced in 1969, has been awarded to Marty Robbins (1960s), Loretta Lynn (1970s), Alabama (1980s), Garth Brooks (1990s), George Strait (2000s) and Jason Aldean (2010s).

Noted performances in modern ACM Award history include Taylor Swift singing “Tim McGraw” in front of the real Tim McGraw (after meeting him for the first time moments before) in 2007, Carrie Underwood and Steven Tyler performing “Walk This Way” in 2011, Rascal Flatts and Steve Martin playing a tribute to Earl Scruggs in 2012 and Dolly Parton and Katy Perry performing Parton’s iconic hits in 2016.

Another noted performance, for a different reason, is Alan Jackson’s 1994 protest of the ACMs. When the award show asked him to play to a track, Jackson responded by wearing a muscle shirt to the otherwise dressy event. When the time came for his performance, Jackson still donned the cut-off shirt and his drummer “played” without sticks.

In 2003, the ACM audience famously booed every time presenters mentioned The Chicks (previously known as The Dixie Chicks) due to the band’s then-recent remarks about George W. Bush and the Iraq War. The group didn’t win a single award that night though nominated for Album of the Year and Vocal Group of the Year.

The CMA Awards, or the Country Music Association Awards, is largely considered by some industry tastemakers as the most prestigious award ceremony in country music. Traditionally, the CMAs have the largest ratings out of all the country music award shows, bringing in some 7 million viewers every year. Country music historian Jocelyn R. Neal told Country Living that viewership for the genre-specific award show is “a little less than half that of the Grammys, and a third that of the Oscars.” Albums and songs released between July 1 of the previous calendar year and June 30 of the award show’s year are eligible for CMA Awards consideration, which are traditionally held in November. Winners of CMA Awards are selected by Country Music Association’s more than 7,300 members consisting of industry professionals. Similar to the ACMs, the biggest award of the night is largely considered to be Entertainer of the Year.

The CMA Awards began in 1967 as a non-televised event, but quickly became televised the following year. It’s the longest-running annual music awards program on network television. Throughout the years, the program has aired on several affiliate networks, recently signing a contract with ABC through 2026. The award ceremony has always been held in Nashville, barring the 2005 show that was held at Madison Square Garden in New York City. Though it has hopped venues in Nashville throughout its history, the CMAs have been held at Bridgestone Arena since 2006, though the 2020 show was held at Nashville’s Music City Center due to COVID-19. Brooks & Dunn and Vince Gill are tied for the most CMA Award wins at 18 each.

With the 2001 show just weeks after 9/11, Alan Jackson debuted his song “Where Were You (When the World Stopped Turning),” which many consider one of the biggest moments in modern CMA history. Other notable moments throughout the history of country music’s biggest night include Loretta Lynn becoming the first woman to win Entertainer of the Year in 1972 and Taylor Swift becoming the youngest ever Entertainer of the Year, winning the recognition at only 19 in 2009. In 1975, when presenting Entertainer of the Year, Charlie Rich infamously burned the envelope revealing John Denver as the winner, sarcastically calling him a “friend” when announcing Denver’s name. In 2016, Beyoncé famously performed “Daddy Lessons” from her album Lemonade at the award show with The Chicks (previously known as Dixie Chicks).

There have been countless famous fashion moments in CMA history, including Dolly Parton splitting her dress right before winning Entertainer of the Year in 1978. She covered the malfunction while onstage with a shawl in order to give her speech. In 1993, Reba McEntire wore a low-cut red dress to the CMAs that instantly became famous for being risqué, though it probably wouldn’t cause nearly as much of a stir today. In fact, the infamous dress didn’t read as inappropriate when she wore the gown 25 years later to the 2018 ACMs (with fluffy matching slippers). Fashion risk-taker Shania Twain also caused a stir in 2002 by wearing a lace catsuit to perform at the CMAs. The look became iconic, though Twain would go on to wear more notable looks to the CMAs throughout the years.