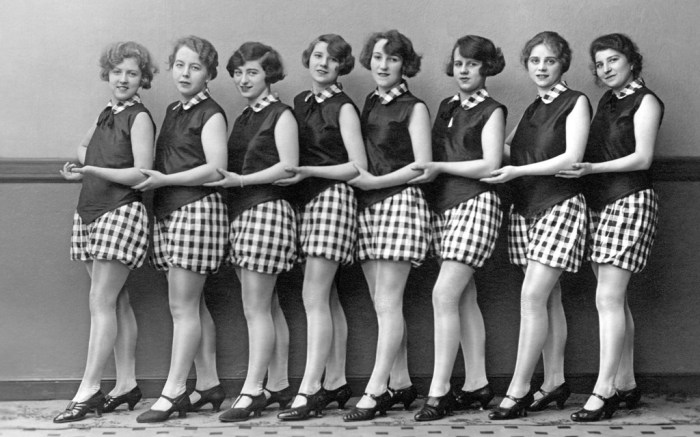 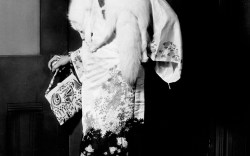 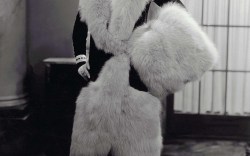 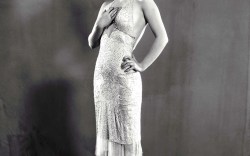 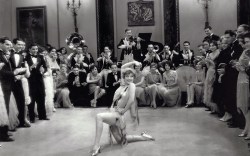 The 1920s ushered in a new era for women, especially when it came to fashion and footwear.

After World War I, Western society began to shift away from the strict Victorian era and into the swinging Jazz Age. In the United States, women gained the right to vote thanks to the 19th Amendment, which was passed in 1919 and ratified the following year. Henry Ford’s mass production of cars also allowed women to travel in public spaces like never before. Additionally, cities began to witness a population boom of both young men and women seeking opportunities. This combination of political, cultural and technological shifts granted women freedom in both lifestyle and dress

Fashion trends for women became quite liberating at this time. Corsets came off, hemlines and haircuts got shorter, furthermore allowing room for women to express themselves. With dresses getting shorter and ankles now exposed, shoes also entered the spotlight. Shoes that accentuated a women’s foot began to surface such as t-strap heels and brogue Mary Janes.

Today, styles from the 1920s continue to make a mark in fashion. The legendary decade lives on through runways and red carpets of recent years. Take for example  Angelina Jolie’s look at the red carpet premiere of “Maleficent: Mistress of Evil” in Tokyo. The actress is wearing a 1920s-inspired fringe dress by  Ralph & Russo Couture.

Whether you’re looking for a 1920s-inspired costume or simply want to add a few retro elements to your wardrobe, there is a wide range of footwear available to customers that are intrigued by the decade. From Gucci to Keds, brands continue to recycle elements of the ’20s. Below, take a look back at the shoe styles that defined the times a century ago.

Known for its distinctive “T” strap across the vamp, the T-strap heel became a popular footwear choice for women when it came to formal footwear in the 1920s. Often paired with a low, curved heel, the T-strap was a sultry but sturdy shoe favored among the flapper subculture.

Flappers, who were young, cosmopolitan women, experienced the newfound freedoms of the ’20s and were a definitive group of the time. Hollywood stars such as Joan Crawford, Louise Brooks and Gloria Swanson often emulated this subculture in movies, further pushing it into vogue. To this day, the style of the flapper is what most consider 1920s fashion. (Think fringe dresses, T-strap heels, long cigarettes and bob haircuts.) The subculture continues to be a trope at many a costume party and a staple in red carpet style.

Another notable element of T-strap shoes and other popular heels from the 1920s is the shape of the toe box. At the beginning of the 1920s, the toes of shoes were pointed. Throughout the decade this changed. Toe boxes began to round, creating an almond-toe shape that was mass-produced toward the end of the decade.

T-strap heels make a great fashion statement for those looking to add some vintage-inspired pieces to their wardrobe. Featuring a round, almond-shaped toe, these T-strap heels designed by Gucci is an example of how luxury designers continue to draw creativity from the decade. The decadent T-strap shoe featured gold and black leather details on the upper and a pearl-fastened clasp.

Into chunky soles? These brogue-detailed T-straps are offered in an array of colorways such as black, pink and blue. The 2.75-inch rubber heel and platform toe give this shoe a bit of height without leaving the wearer uncomfortable.

Spring Step also offers a contemporary pair that’s comfortable and wallet-friendly. The Maiche sandal from Spring Step is offered in black and white. These t-straps sandals are perhaps one of the more “authentic” options when it comes to 1920s-inspired T-straps as dyes and colorways weren’t quite yet mass commercialized.

The Oxford was considered the everyday shoe for women of the 1920s and continued to be popular into the 1940s. The formal lace-up shoe was often built on a low military or Louis heel, making it a practical day shoe. The Oxford came in sleek natural leather and canvas colorways.

Today, the Oxford continues to be a favorite shoe when it comes to women’s fashion. Offered with both high heels and lower heels, the shoe remains a classic staple in women’s wardrobes.

These shoes from Odema take on the timeless brogue style oxford that’s suitable for any occasion. Available in multiple colorways, the opportunities are endless for shoppers looking to tap into the vintage-inspired style.

For customers looking for a lower-heeled option, these Oxfords from Journeys are a great option. The women’s Oxford from Wanted Babe is offered in both neutrals and a fun silver metallic, making it a great everyday shoe that can be dressed up or down.

Leaning more towards slip-ons? These Brogue Oxford Mules from the Banana Republic are comfortable and chic. This shoe is crafted with a fun, silvery Vegan leather upper, plus has a padded, slip-resistance footbed that adds a little comfort. The faux-lace detailing on the front is also a cheeky edition to this 1920s-inspired mule.

Like the T-strap heel, the Mary Jane was another favorite of the flapper subculture and sultry Hollywood stars like Louise Brooks. The low-heeled shoe with a singular and suggestive strap on the vamp made it a favorite for dancing or a night on the town. The trend continues to be a popular footwear choice today picked up by both luxury and comfort-driven brands.

These festive mary janes from Rochas are the perfect party shoe and now are 30% off on Mytheresa.com. The lavish Mary Janes are worth the splurge if you’re looking for a 20’s-inspired shoe for a 1920’s themed-night or simply just a fun, nostalgic fantasy shoe!

Another festive Mary Jane is the Jamy Ankle Strap Sandal from Rebels, whose shoes are made in Portugal. Now offered at 40% off, this chunky-heeled gold Mary Jane is ideal for a party shoe or can add a little flair to your everyday routine.

Notice again that the shoe features an almond-shaped toe. This trait would continue to prevail onwards in Western style until the 1960s when toes began to narrow.

Today, the Mary Jane has also made its way into the comfort market. Take the Comfortiva Quanita Mary Jane Pump. It’s not only a stylish option for comfort-centric shoppers but also has a Pillowtop memory foam–cushioned pump that rests on a low, chunky heel.

These floral-embellished Mary Janes from Spring Step show that comfort doesn’t have to be compromised when it comes to style. The floral cut-outs on the upper give a nod to the brogue-detailing that was popular during the 1920s. The sandal is offered in both black and white.

In 1916, Keds designed the first tennis shoe for women, and by the 1920s the shoe began to gain traction both in the sports and leisure world. The flat lace-up canvas shoe was worn by women athletes of the era including tennis star, Helen Willis.

The Women’s Champion Originals from Keds continues to be a popular shoe for women of all ages. Its timeless style has been favored by many throughout the decades including Audrey Hepburn, Jackie Onasis and Yoko Ono, to name a few.

Looking to add a little sparkle in your step? Keds’ collaboration with Kate Spade offers customers new festive takes on the classic tennis shoe. Offered in a handful of glitzy colorways, these Keds sneakers can be worn out and about or with a flapper costume.

If you’re looking to go a bit more minimal, the collab also features a shoe in the Pristine Dancing Dot colorway. Whether you’re a fan of the classic white or sparkly sneaker, Keds has limitless colorways that bring this century-old style into the 21st century.

Keds continues to be a force behind women with recent initiatives such as a collaboration with  Draper James, Reese Whitherspoon’s clothing and lifestyle line. The collection features the classic Champion style sneaker, a style that has stood the test of time. (One hundred years, to be exact.) With magnolia flowers decorated throughout the canvas’ upper, this Ked sneaker adds a touch of Southern charm to the classic shoe.

The brand also released a republished handbook that it had made for girls in the 1920s in honor of this year’s International Women’s Day in March.

From the Archives: Photos of Celebrities in 1920s-inspired fashion.