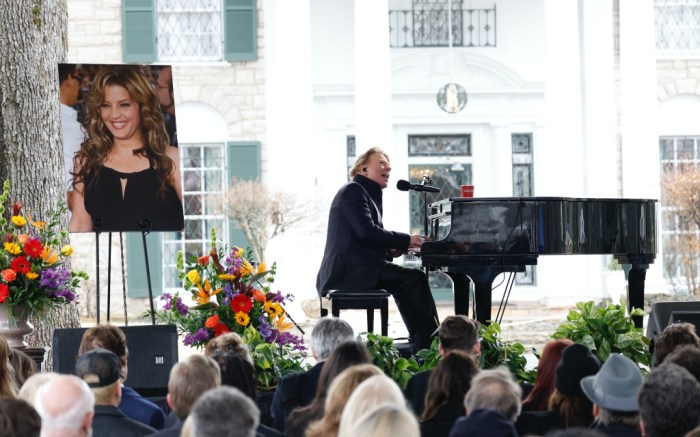 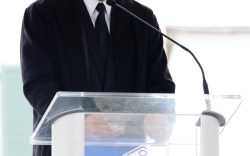 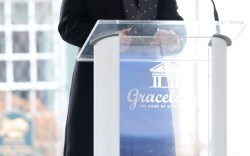 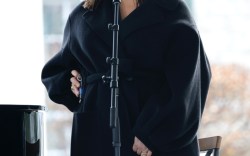 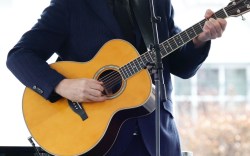 While at the service at Graceland Mansion in Memphis, Tennessee, Rose arrived onstage to speak about Presley. For the occasion, he wore a dark black suit beneath a long black collared coat. Providing added warmth was a long dark gray scarf, punctuated by dashes of white.

During his speech, Rose spoke on the pride and love Presley had for her family — particularly her father, Elvis Presley — and recognized the effort being made to make the service as “beautiful for Lisa as it can be, and is.”

“I do know Lisa loved her family very much, and was fiercely protective of her father, his legacy, and both her love for him and his love for her,” Rose said in his speech, which you can view in full on YouTube, below.

Rose followed his speech with a musical performance in Presley’s honor, playing a rendition of “November Rain” by his namesake band, Guns N’ Roses.

Lisa Marie Presley’s public memorial service was held at Graceland Mansion Memphis, Tennessee on Jan. 22. The occasion included speeches and musical performances by Sarah Ferguson, Axl Rose and Alanis Morissette. Attendees included numerous stars who knew Presley throughout her life, including “Elvis” star Austin Butler. Presley, 54, was a musician and the only child of singer Elvis Presley and Priscilla Presley.