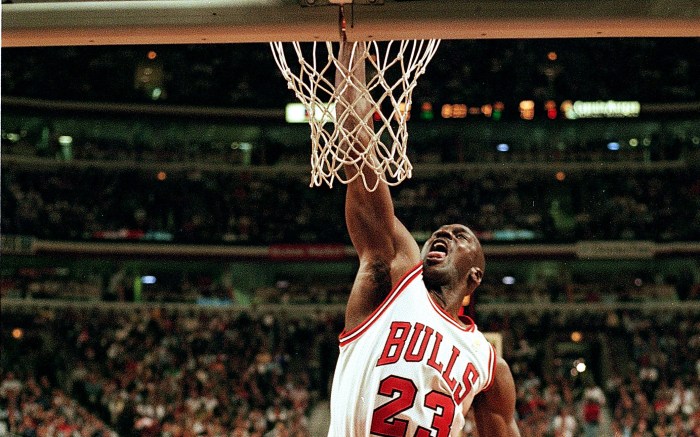 Ben Affleck’s buzzed about Nike movie will hit theaters this spring. Today, it was announced that “Air,” the 1980s story about the partnership between Nike and a young Michael Jordan, will open in theaters across the globe on April 5 in advance of its debut on Amazon’s Prime Video.

Affleck will direct the film and star as Nike co-founder Phil Knight, alongside Matt Damon who plays Nike executive Sonny Vaccaro. “Air” follows Vaccaro’s chase for Jordan and how it led Nike to dominance by signing the basketball star to the brand. The film will also cover how Vaccaro gained access to Jordan’s parents, former coaches, advisors and friends while in pursuit of signing the basketball player to Nike at the time.

Vaccaro, who is now 83, has worked for Nike, Reebok and Adidas and has brokered shoe deals for current and former NBA stars, including Jordan, Kobe Bryant and Tracy McGrady.

On April 22, 1985, FN reported on Jordan’s $2.5 million deal with the brand and his first signature sneaker, the Air Jordan 1. The report stated Jordan and the shoe were a “silver lining in its cloud” with Nike losing money, laying off employees and suffering from poor morale at the time. Although the shoe wasn’t in stores yet, Steve Kessler, then owner of three Athlete’s Foot stores, explained to FN that Nike “created a demand before the product is available.”

In another FN interview, Vaccaro, who was present during the deal between Jordan and Nike, explained, “…the key to Michael Jordan and Nike was [executives and designers] Rob Strasser, Peter Moore and Phil Knight giving the OK to make him an icon on advertising.”

The film, written by Alex Convery, is the first project from Affleck and Damon’s Artists Equity, in collaboration with Amazon Studios, Skydance Sports and Mandalay Pictures.