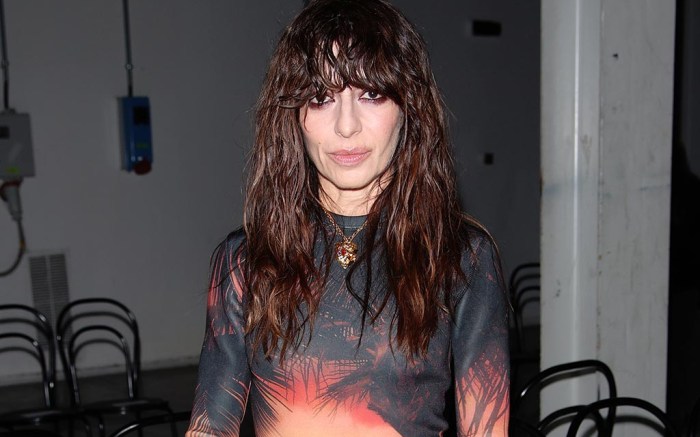 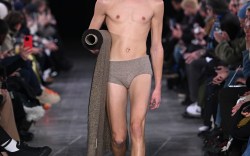 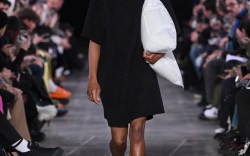 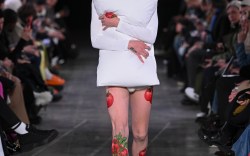 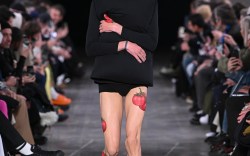 While arriving in Milan for the occasion during Milan Fashion Week Men’s on Sunday, Impacciatore posed in a vibrant J.W. Anderson ensemble. The Italian actress’ outfit, designed by Jonathan Anderson, featured a long-sleeved single-piece jumpsuit with an allover black, red, orange and yellow print of a tropical sunset. The whimsical piece was accented with a bejeweled hammered gold pendant necklace, as well as as black and white $474 (previously $750) version of Anderson’s hit padded leather Bumper shoulder bag.

When it came to footwear, Impacciatore slipped on a pair of sleek patent leather boots — also by Anderson — to finish her outfit. Her style included glossy black pebbled uppers, complete with sharp pointed toes. Giving the set a whimsical edge were short heels crafted from a rounded gold curb chain link — a signature of Anderson’s quirky aesthetic.