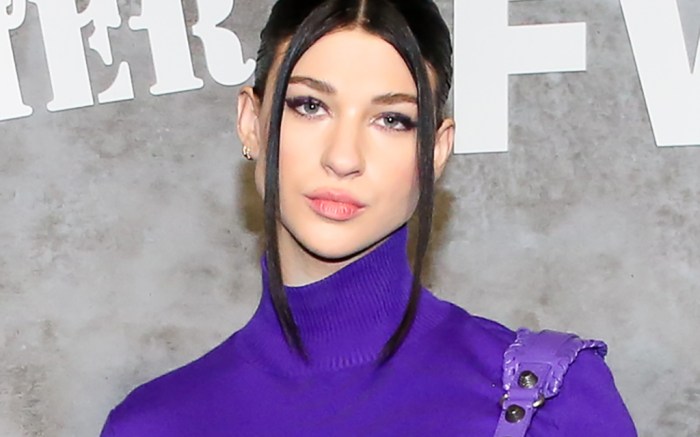 Phoebe Gates took a slick approach to night-out dressing for the opening of production company OBB Studios. The event included a performance by Justin Bieber, as well as a Rhode Beauty activation attended in-person by Hailey Bieber.

In a new Instagram Stories post from Saturday night, the 20-year-old influencer wore a sharp black minidress. Posing with friends Alix Earle and Sophia Kianni, Gates wore a strapless minidress with a cutout curved bodice. The sleek piece was paired with a hot pink leather Valentino crossbody handbag for a dynamic pop of color.

When it came to footwear, Gates’ shoes were utterly edgy: a set of slingback pumps, covered in a range of varying pyramid studs. The punky set was accentuated by sharp pointed toes, given a sleek finish from 4-inch stiletto heels that provided Gates with a soaring height boost.

Gates has become an emerging star in the fashion world, particularly while attending Fashion Month shows this season for Aje, Alice + Olivia, Michael Kors and Valentino. The socialite often wears stiletto-heeled or platform sandals in neutral tones for formal occasions, hailing from top brands including Christian Louboutin. When off-duty, Gates has also been spotted in low-top Louis Vuitton and Golden Goose sneakers, as well.

PHOTOS: Discover how high heels have transformed over the years in the gallery.