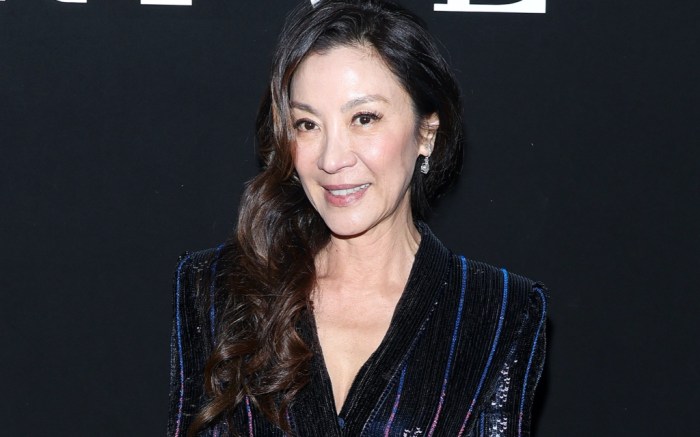 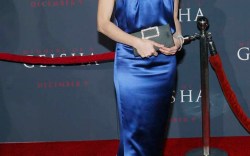 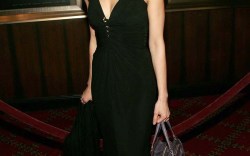 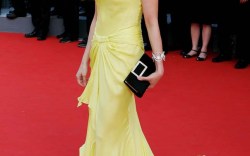 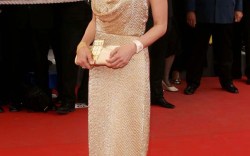 While arriving to the show on Tuesday — the same day she was announced as the nominee for Best Actress at the 2023 Oscars, the first Asian woman in history to do so — Yeoh posed with her husband Jean Todt in a gleaming navy blazer. Coated in sequins, the “Everything Everywhere All at Once” star’s Armani Privé piece included thin blue and pink stripes with pointed lapels and long sleeves.

When it came to footwear, Yeoh gave her outfit a sharp height boost with a pair of black pumps. Her pointed-toe style featured smooth velvet uppers with triangular toes, complete with thin stiletto heels totaling at least 4 inches in height. The set added a slick elevation to her ensemble, ensuring it remained sharp and formal for the high-fashion occasion.

However, this wasn’t Yeoh’s only glamorous Armani Privé moment this year. Earlier in the month, the actress also wore a sequined navy blue gown by the brand to the 2023 Golden Globes, where she picked up her trophy for Best Actress in a Musical/Comedy Motion Picture.