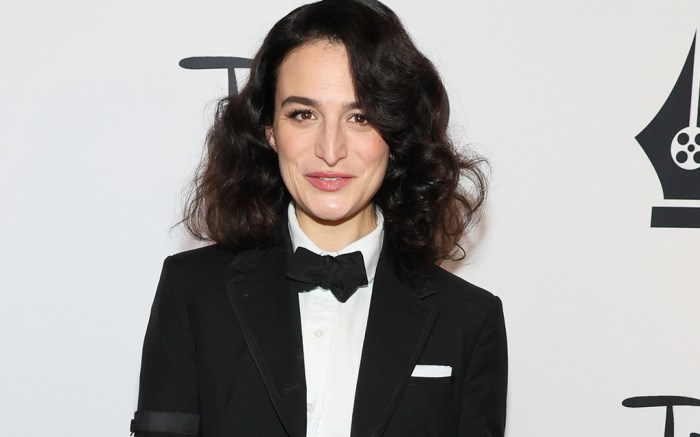 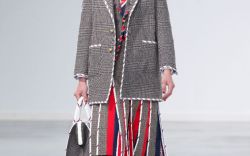 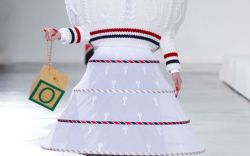 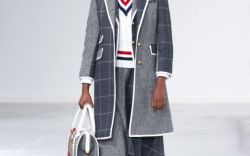 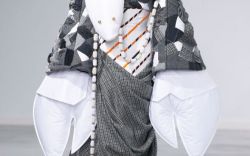 The “Marcel The Shell With Shoes On” creator hit the red carpet at Tao Downtown in New York City for the occasion on Wednesday night, wearing a full outfit by Thom Browne.

Slate’s ensemble featured a black suit and shorts, paired with a white collared crop top that was cinched with a black bow tie. The set was sharply tailored while bringing levity through Browne’s subversive approach to formalwear. The designer’s black top-handle handbag, as well as a pair of black and white striped socks, completed Slate’s ensemble.

When it came to shoes, Slate slipped on a set of loafer-like pumps, also from Browne. her pair included glossy black leather penny loafer-esque toes and counters, placed atop 4-inch heels. The set gave her outfit a preppy finish while remaining dressy and classic for the occasion.

Slate’s Browne entrance follows the designer’s own viral moment this week, as he begins a trial against Adidas over a dispute regarding stripes. The proceedings involve Adidas’ claims that Browne infringed upon their three-stripe symbol with his own four-stripe symbol, which has become a signature of his namesake brand over the years.