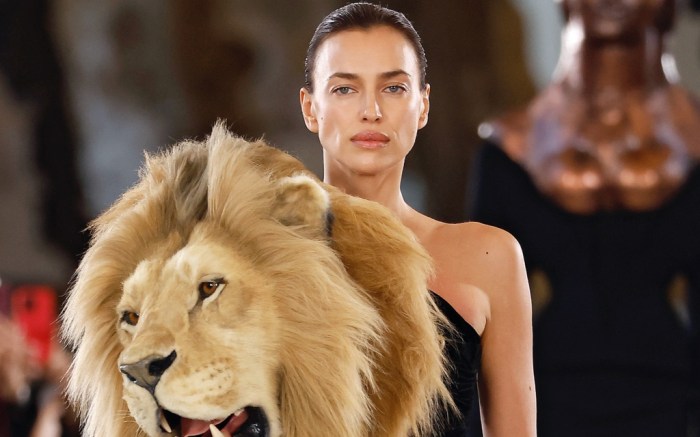 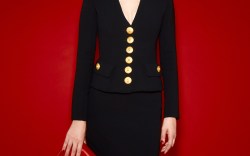 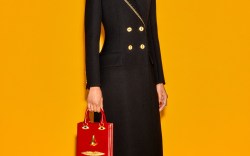 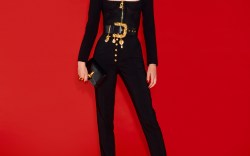 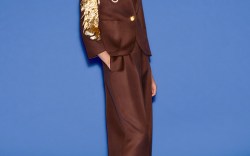 While in Paris, Shayk hit the runway for creative director Daniel Roseberry’s new “Dante’s Inferno”-inspired collection on Monday morning. The supermodel’s ensemble featured a ruched black velvet one-sleeved gown with a draped floor-length skirt. However, the dress’ pièce de résistance was a massive tawny golden lion’s head — and, though appearing to be real taxidermy, the piece was actually built and embroidered by hand in the Schiaparelli atelier. The accent has quickly gone viral, though Schiaparelli clarified on Instagram that no animals were harmed in its creation.

In a coincidental viral moment, Kylie Jenner attended the show wearing Shayk’s exact gown — albeit in a modified strapless silhouette with gold corset-like back ties, paired with gold trompe l’oeil toe-topped pumps and a lock-buckled handbag.

When it came to footwear, Shayk slipped on a pair of Schiaparelli heels. Though the set was largely hidden beneath her gown’s hem, her style appeared to feature a pointed-toe silhouette crafted from black leather. The set was likely finished with stiletto heels, given the shoe’s traditional shape and Roseberry’s penchant for it.