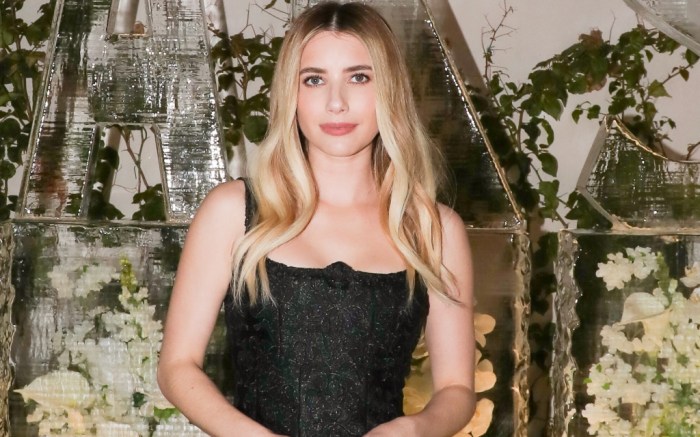 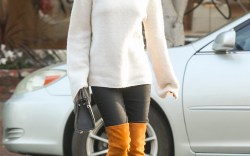 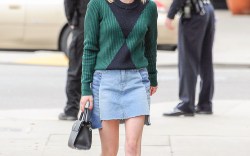 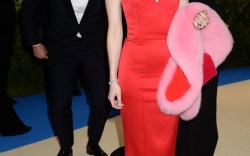 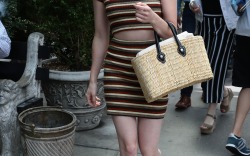 Roberts skied on Wednesday, as seen on Instagram. For the occasion, the “Madame Web” star wore a black and white jacket and trousers by Perfect Moment Sports. Both were complete with black trim, as well as an allover large-scale houndstooth print. A black scarf and gloves completed her outfit. Roberts also suited up for the occasion in a gray helmet and dark orange-lensed ski goggles.

The “American Horror Story” star’s outfit was finished with a pair of ski boots. Though the pair could not be fully seen, the set likely included the style’s traditional lace-up silhouette that could clip into her skis while out in the snow. Regardless, the pair was covered by her snowsuit’s hems, allowing its sharp prints to take center stage.