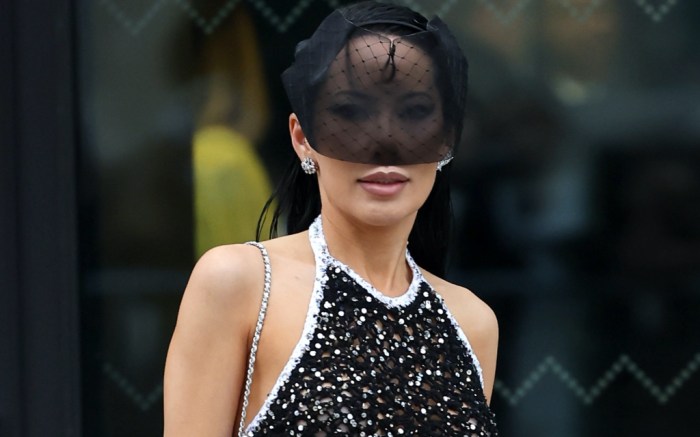 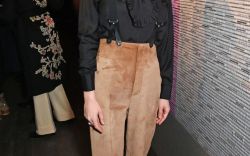 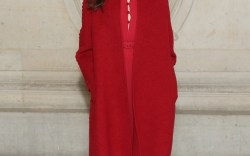 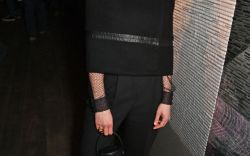 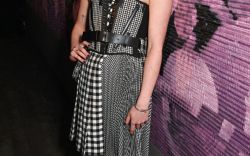 While arriving to the show on Tuesday at the Grand Palais Ephémère, Chiu wore a slick Chanel ensemble featuring a white draped midi skirt, topped with a massive bow to create a thigh-high slit. Boosting her outfit was a black sleeveless knit crop top, trimmed in glittering silver sequins. The bold knitwear and skirt created a cutout appearance, which Chiu accessorized with a sheer black fascinator, white squared Chanel minaudière and sparkling star-topped stud earrings.

Chiu was one of the numerous celebrities leading a star-studded front row, including Roger and Mirka Federer, Sadie Sink, Apple Martin and Tilda Swinton.

When it came to footwear, the “Bling Empire” star slipped into a bold pair of boots, featuring thick black soles with heels totaling at least 4 inches in height. However, the set’s most unique feature came from its tall black peep-toe shafts, crafted entirely from floral lace. Accented by closed counters, the pair gave Chiu’s textured outfit a romantic finish — with a sleek height boost, to boot.