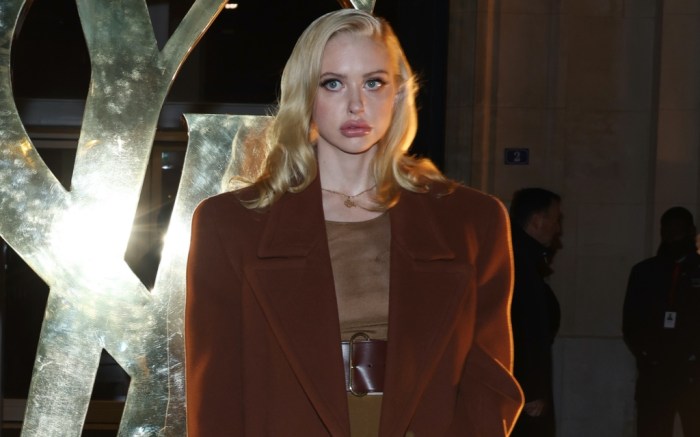 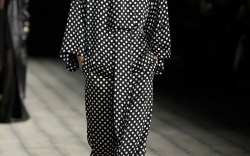 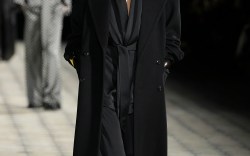 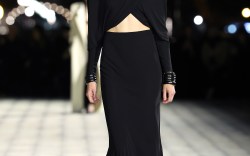 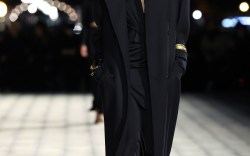 The “Euphoria” actress arrived to the occasion in sharp style, posing in a full outfit crafted by creative director Anthony Vaccarello. Her ensemble consisted of a deep tan bodycon jersey jumpsuit, cinched with a wide dark brown leather belt and layered beneath a wide-shouldered tobacco-brown wool coat. A thin gold pendant necklace, chain bracelets and circular bangle bracelet sleekly completed her ensemble — in brief addition to a pair of brown round-framed sunglasses.

When it came to footwear, Cherry’s shoes of choice could not be seen. However, it’s likely the Urban Decay campaign star’s outfit was finished with a set of heeled boots, pumps or platform sandals — all styles seen on fashion show attendees, as well as the French brand’s current footwear repertoire.

Paris Fashion Week Men’s began the year with a range of new menswear shows, held in Paris from Jan. 17-22. Presenting brands and designers will include Saint Laurent, Hermés, Dior, Givenchy and Louis Vuitton. Most notably, the Week will feature new brand developments, including its debut shows from Botter and Ludovic de Saint Sernin.