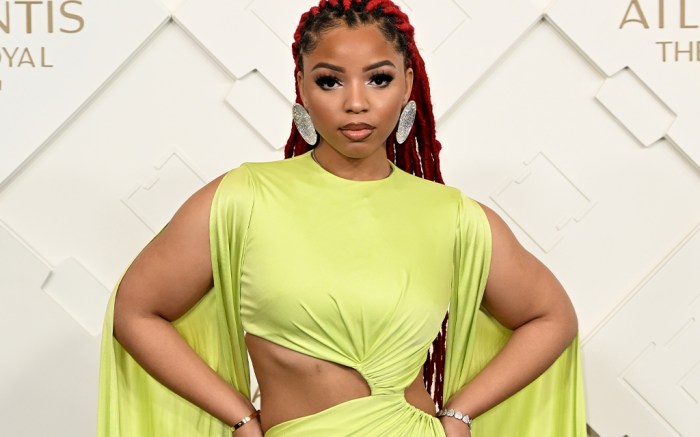 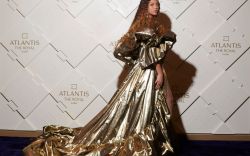 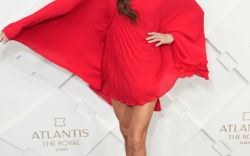 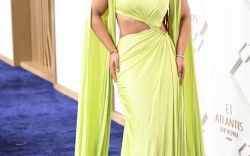 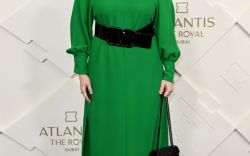 Chloe Bailey brought a pop of color to the Atlantis The Royal hotel opening in Dubai, United Arab Emirates this week.

On Saturday, Bailey arrived for the hotel’s opening — including a concert from her mentor, Beyoncé — in a light green Tony Ward Couture dress. The silky lime green piece included a floor-length hem with a cape silhouette, accented by slit sleeves and a twisted ruched bodice that created asymmetric circular side cutouts. Styled by Timothy Luke Garcia, Bailey’s outfit was finished with a thin gold bangle, heart-shaped diamond bracelet and large rounded silver disc post earrings.

When it came to footwear, Bailey’s shoes could not be seen. However, it’s likely she slipped on a pair of matching or complementary pumps, heeled sandals or platforms — all styles she’s worn over the years on past red carpets.