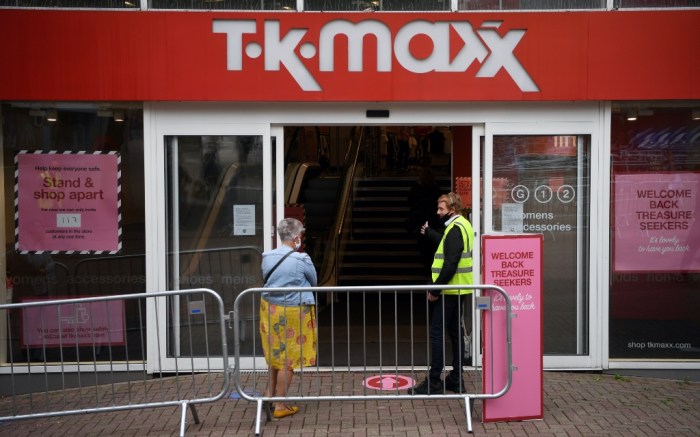 The ex-royal’s memoir, “Spare” has been teased and released to viral reactions this week. Among numerous others, one claim made by Harry in the book is that off-price retailer TK Maxx (a UK discount retailer similar to TJ Maxx) was his favorite place to shop for casual clothing, particularly its “annual sale” when he said the store would be filled with discounted merchandise from stores, including Gap and J.Crew.

Unfortunately, the purported sale does not exist, according to the brand.

“Whilst we’re delighted Prince Harry is a big fan, we thought we should explain we don’t actually do sales,” a spokesperson told Express of the mention. “Instead, we offer great value, style, and savings all year round.”

In the book, Harry also details his methods for shopping at TK Maxx, which included being in-store on the first day of what he claimed were sales; shopping 15 minutes before a location would close for the evening; and never trying pieces on — instead opting to hold them against his body to understand their silhouette. He said he also would ask for a second opinion from his driver, known as Billy the Rock, before making a purchase.

Though the sales described by Harry aren’t real, his penchant for shopping at TK Maxx is. In 2013, the royal was spotted leaving the brand’s Kensington High Street store in Central London, where he reportedly purchased a hoodie, T-shirt and iPhone case for £160 (approximately $195).

PHOTOS: Discover Prince Harry’s childhood style as a baby in the gallery.