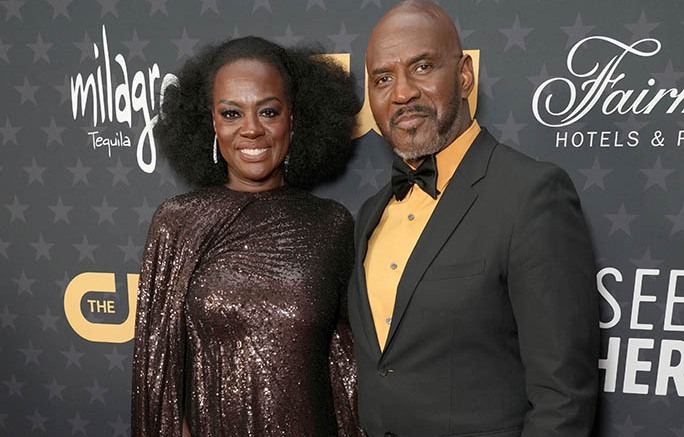 Viola Davis brought sparkly style to the Critics’ Choice Awards 2023 in Los Angeles tonight. Davis is nominated for Best Actress for her role in “The Woman King.”

The award-winning actress appeared on the red carpet alongside her husband Julius Tennon. For the occasion, Davis wore a glittering brown gown by Valentino. The piece included a floor-length cape that delicately swept the ground as she walked. The garment also had ruffled detailing on the neckline and a slit near the shoulder.

To amp up the glam factor, the “How to Get Away With Murder” star accessorized with dangling curved earrings and a rectangle diamond ring. Davis rounded out the look with the smokey eye and neutral matte pout.

Unfortunately, the length of her dress didn’t allow for a peek at her footwear choice, however it is likely that she slipped into pointed-toe pumps, heeled sandals or sandals.

Davis’ husband Julius Tennon was sharply suited for the ceremony. Tennon gave his ensemble a boost of color with yellow button-down shirt and black bow tie. He tied his ensemble together with black leather loafers.