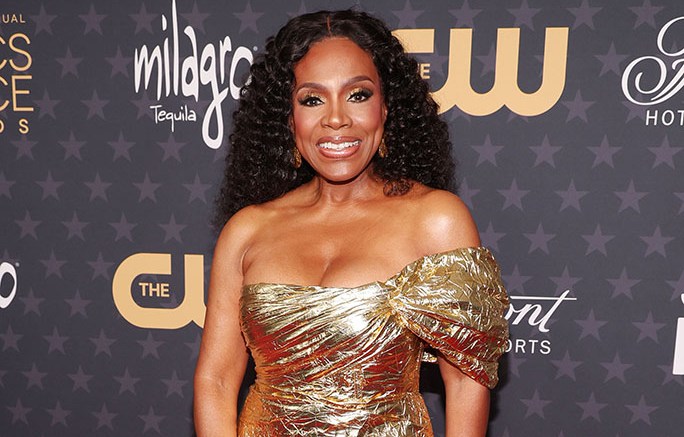 Sheryl Lee Ralph brought gold glamour to the Critics’ Choice Awards in Los Angeles tonight. The television personality and singer is nominated for Best Supporting Actress in a Comedy Series for her role as Barbara Howard in ABC’s hit sitcom, “Abbott Elementary.”

While arriving at the Fairmont Century Plaza hotel, Ralph appeared on the red carpet in a custom gold metallic dress by Jovana Louis. The one-shoulder garment had thick ruffled detailing on one side, a fitted bodice and foil-like accents throughout.

For accessories, Ralph added Misho Designs jewelry, including dangling earrings and a cuff bracelet. The “Moesha” star parted her curly tresses and let her hair cascade down her back. Ralph’s dewy glam complemented her dress perfectly as it included shimmery eyeshadow, a sweeping of blush and a glossy neutral pout.

Sticking to a monochromatic moment, the Emmy Award-winning actress completed her look with gold metallic sandals by Vince Camuto. The silhouette peeked out underneath her dress and featured straps across the toe and a chunky outsole.

Strappy sandals are certainly having their moment and continue to steal the spotlight this year. The sultry style has made many celebrities ditch comfort for their counterpart. With signature interlaced straps varying from barely-there to maximalist-like styles, lace-up sandals are evidently the tried-and-true shoe of the season.