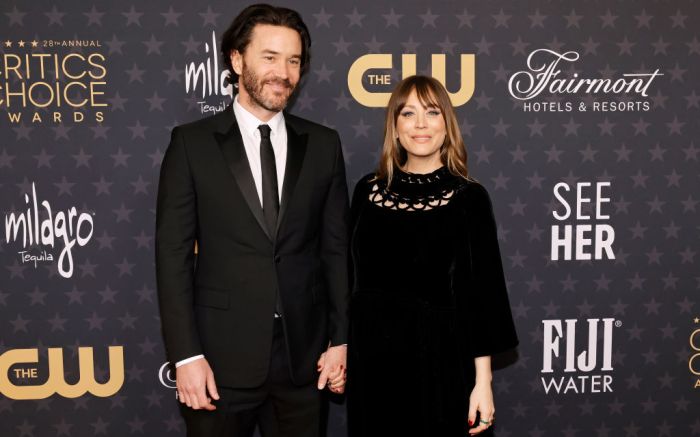 Kaley Cuoco brought a bold all-black caftan dress to the Critics’ Choice Awards 2023 in Los Angeles tonight. The actress, who is expecting her first child, arrived on the red carpet alongside her boyfriend Thomas Pelphrey.

Cuoco wore a flowy long-sleeved black gown, covering her baby bump. The piece included a floor-length hem that swept the ground as she walked. The garment also had intricate cutout detailing on the neckline.

To align with the classic look, the “Flight Attendant” star accessorized with simple rings and a red manicure. Cuoco rounded out her look with a smokey eye and neutral matte pout.

Unfortunately, the length of her dress didn’t allow for a look at her footwear, however, she likely slipped into heeled sandals or sandals.