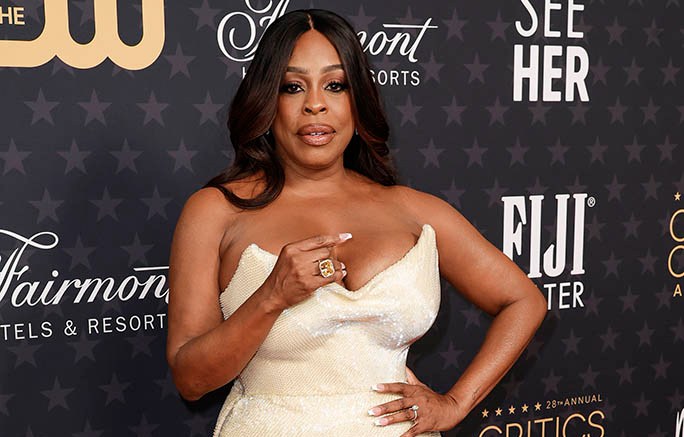 The stars are stepping out in style for the Critics’ Choice Awards 2023 in Los Angeles tonight. Held at the Fairmont Century Plaza Hotel, the ceremony celebrates the finest achievements in filmmaking and television.

Niecy Nash was one of the many famous faces to appear at the celebration. Nash is nominated for Best Supporting Actress in a Movie or Limited Series for her portrayal of Glenda Cleveland in Netflix’s, “Dahmer – Monster: The Jeffrey Dahmer Story.”

Nash served glitz and glamour on the red carpet alongside her wife Jessica Betts. The Emmy Award-winning actress and comedian donned a strapless cream Jason Wu dress that featured pointy accents on the plunging bust line. The garment also included a fitted bodice and long sash that swept the floor as she walked.

Sticking to a minimalist moment, the “Claws” star opted for minimal accessories and styled her hair in soft barrel curls. Unfortunately, the length of Nash’s didn’t allow for a peek at her footwear choice, but she likely complemented her dress with platform heels, strappy sandals or sharp pointed-toe pumps.

Nash’s wife Jessica Betts was sharply suited in a black tuxedo, which included a blazer jacket, button-down shirt and coordinating trousers. Jessica tied her outfit together with shiny black loafers.