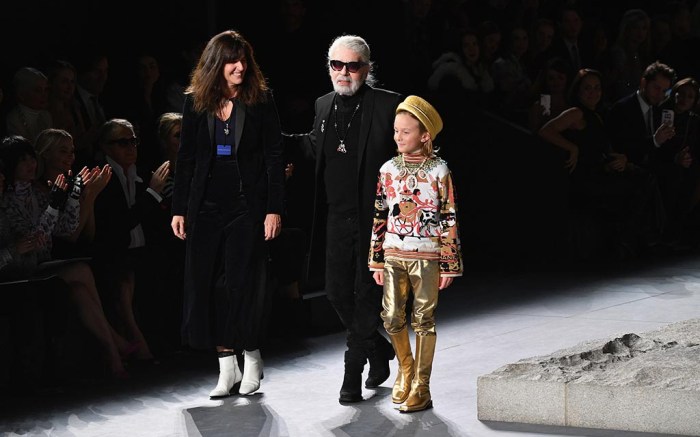 New year, new Met Gala. The stylish occasion — known internationally as the “Oscars of fashion” — will return to New York City this spring, and we’ve got all the details you need to know before stars flood the Metropolitan Museum of Art’s iconic steps on May 1.

First: the theme. This year’s Gala will be held in honor of the legendary late fashion designer Karl Lagerfeld, who passed away in Feb. 2019. Titled “Karl Lagerfeld: A Line of Beauty,” the Costume Institute’s event and accompanying exhibit will highlight Lagerfeld’s modern and historical inspirations from the 1950s to his last Chanel collection in 2019. The exhibit will include approximately 150 garments — many with their original sketches — from Lagerfeld’s legendary posts at Chanel, Fendi and Chloé, as well as Balmain, Patou and his own Karl Lagerfeld label, according to a statement from the Metropolitan Museum of Art.

Next, the co-chairs. Typically, an all-star slate of stars from the worlds of film, music, theater and fashion design is organized to host the annual event, which raises funds for the museum’s Costume Institute. However, this year the set looks slightly different: no fashion designers will be hosting the event, whose co-chairs include Vogue editor-in-chief Anna Wintour, Roger Federer, Michaela Coel, Penelope Cruz and FNAA Collection of the Year Award winner Dua Lipa.

The list follows a similar formula as the 2022 Gala, where Blake Lively, Ryan Reynolds, Regina King and Lin-Manuel Miranda served as co-chairs. However, during that event, designer Tom Ford served an honorary co-chair alongside Wintour and head of Instagram Adam Mosseri; the 2023 Gala currently holds no honorary co-chairs at this time.

Finally, the dress code. Typically, the first Monday in May finds stars dressed within a specific theme interpreted by numerous top international brands. This year’s theme is “In honor of Karl,” likely to find homages to the late designer’s personal image, aesthetics and brand relationships. We can already expect an abundance of tributes to Lagerfeld’s penchant for black and white, including features like his signature ponytail and sunglasses, suit and tie and fingerless gloves —though codes are always open to interpretation.

The event is made possible by Chanel, with additional support and funding from Fendi, Karl Lagerfeld and publishing house Condé Nast.

Though the Gala’s guest list is currently unknown, expect more news to break in the coming months. Past events have featured an array of established and rising celebrities, including brand partner ambassadors, Vogue‘s recent covergirls and the most recent winners of awards including the Emmys, Grammys, Oscars and Tonys.

PHOTOS: Discover all the stars at the 2022 Met Gala in the gallery.