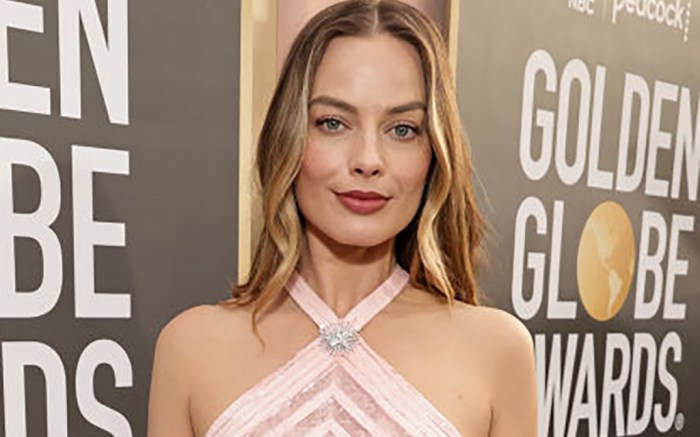 Margot Robbie was pretty in pink while attending the 80th Annual Golden Globes in Beverly Hills, Calif., tonight. The Australian actress was dressed in a custom baby pink Chanel dress and hidden heels. Robbie is nominated for Best Actress in a Motion Picture – Comedy or Musical for her role in “Babylon.“

The “Barbie” actress’ dress was a halter style littered with sequins and tulle embellishments that made the silhouette eye-catching. The garment was striped and featured pink faux-feathered trim and lace lining that made up a majority of the skirt. Robbie wore her hair parted down the middle, giving volume with the addition of loose waves.

The performer has worked closely with Chanel since 2018 after having signed a contract with the French design house.

PHOTOS: See all of the celebrity red carpet arrivals at the 2023 Golden Globes.