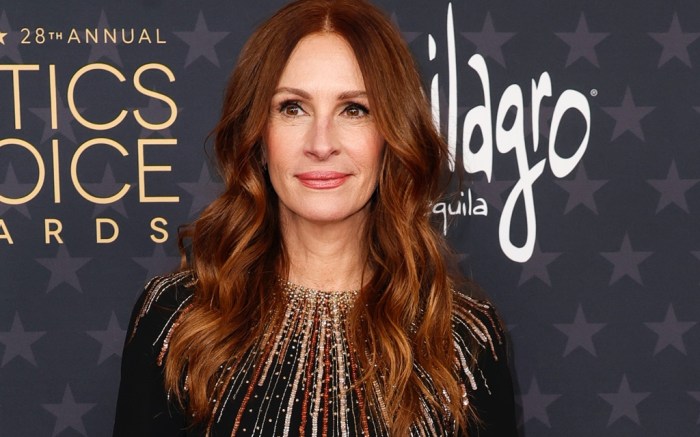 Julia Roberts brought modern elegance with a sparkly twist to the 2023 Critics’ Choice Awards. The actress is nominated this evening for Best Actress in a Limited Series or Movie Made for Television for her leading role in Starz’ historical drama “Gaslit.”

When it came to footwear, Roberts’ dress was complemented with a set of hidden platform sandals from Sole Bliss. Though her shoes were covered by her gown’s long hem, the “Ticket to Paradise” actress‘ shoes of choice were the British brand’s $325 Remy style — a black suede and snake-embossed leather pair with thick platform soles and 5-inch block heels. The soaring set, which is currently available for pre-order on the label’s website, gave Roberts a sharp height boost while providing a comfortable, neutral base to her elegant ensemble.