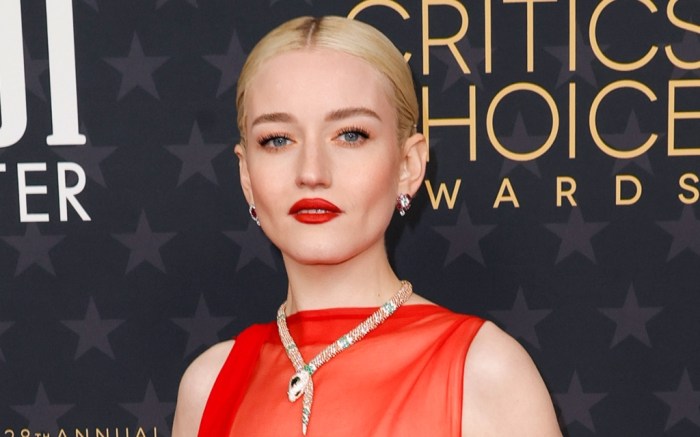 Julia Garner made a scarlet statement at the 2023 Critics’ Choice Awards. This evening, the actress is nominated in two categories: Supporting Actress in a Drama Series for “Ozark,” and Actress in a Movie/Miniseries for “Inventing Anna.”

When it came to footwear, Garner’s outfit was monochromatically finished with a matching set of platform sandals from Stuart Weitzman. The actress’ sky-high Nudistcurve Hollywood style feature thick 1.7-inch platform soles and thin toe and ankle straps with closed counters — all crafted from deep scarlet satin. The punchy pair was complete with thin 5.7-inch heels, providing Garner with a dynamic height boost to complement her equally dynamic attire.