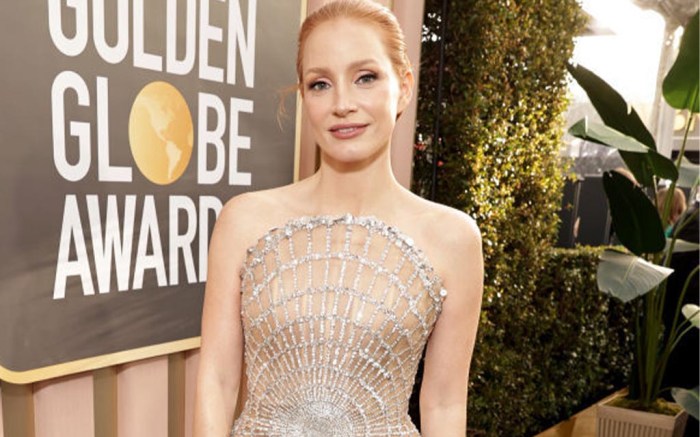 Jessica Chastain brought sheer glamour at the 2023 Golden Globes. The actress is nominated this evening for the Best Actress in a Limited Series or TV movie for her role in “George and Tammy.”

Aside from a sparkling cocktail ring, Chastain wore no accessories, allowing her intricate gown to take center stage.

When it came to footwear, Chastain’s heels were not visible beneath her gown’s long hem. However, it’s highly likely she wore a matching or complementary set of heeled sandals, similar to her past awards show red carpet look — yet again allowing her dress’ details to shine.