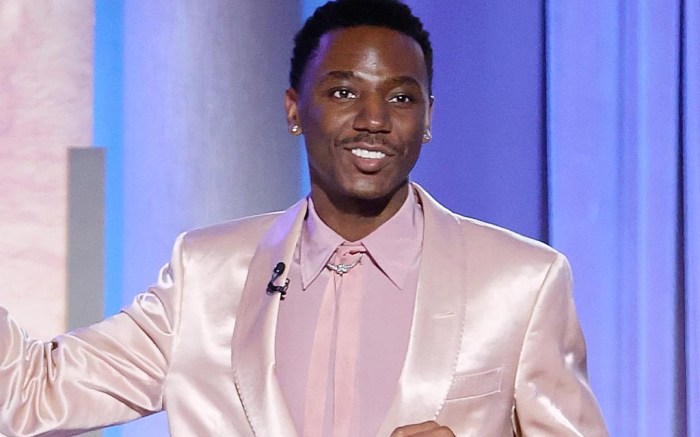 While speaking onstage at The Beverly Hilton in Beverly Hills, Calif., the “On the Count of Three” star wore a multi-toned pink outfit. His ensemble included a sheer bubblegum-pink top, layered beneath a pale blush satin blazer and complementary matte trousers. The attire brought a tonal take to “Barbiecore” style while remaining elegant and whimsical for the occasion.

When it came to footwear, Carmichael opted to slip on a pair of light-toned loafers for the occasion. His flat-soled penny-like style appeared to feature suede uppers in a light pink or white tone, complementing the light hues of his outfit while hosting onstage.