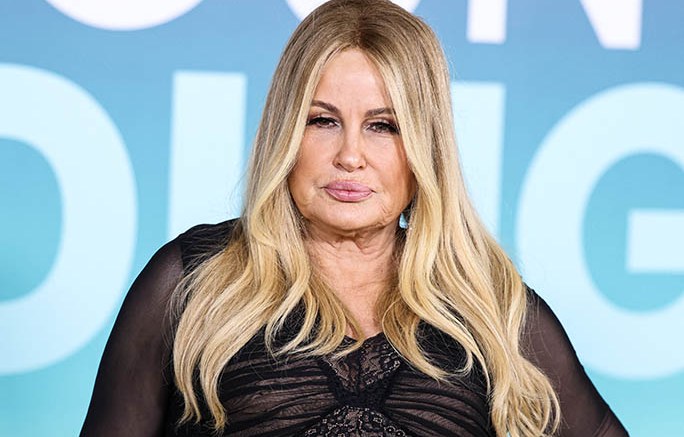 Coolidge stars in the film alongside Jennifer Lopez, Lenny Kravitz and Josh Duhamel. “Shotgun Wedding” officially premieres on Friday, Jan. 27 and follows a couple who gathers their families for a destination wedding, which eventually gets held up by a gunman who takes everyone hostage.

For the occasion, Coolidge donned a black dress by Self Portrait. The garment featured long sheer sleeves, a plunging V-neckline and streamlined ruffled accents throughout. Sticking to a minimalistic moment, the “White Lotus” actress went with soft glam and styled her hair in loose waves.

Completing the Golden Globe winner’s look was a pair of pointed-toe pumps. The shoe style included a triangular pointed-toe, a high counter for extra support and sat atop a thin stiletto heel.

Pointed-toe pumps remain as one of the most versatile and timeless shoe styles. The slip-on silhouette matches a variety of looks easily, while the construction of the heels proves to be both luxe and durable.

Coolidge’s footwear often consists of pointed and peep-toe pumps on the red carpet. The actress has worn numerous neutral, metallic and jewel-toned pairs over the years, hailing from brands including Jimmy Choo. Off-duty, she’s also been spotted in heeled sandals in similar hues. Coolidge has become a fashion favorite in recent years as well, appearing in front rows for Christian Siriano and Loewe’s runway shows over the years.

PHOTOS: Discover high heels through the decades in the gallery.