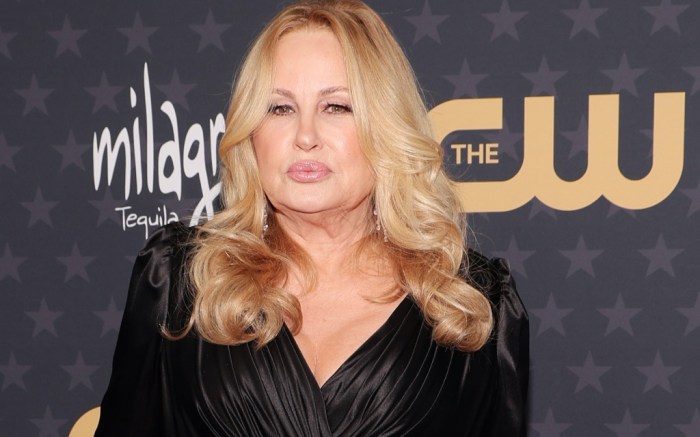 Jennifer Coolidge continued her classic style streak at the 2023 Critics’ Choice Awards in Los Angeles. The actress is nominated this evening for Best Supporting Actress in a Drama Series for her viral role as Tanya McQuoid in HBO Max’s “The White Lotus.”

When it came to footwear, Coolidge’s outfit was finished with a set of platform heels. The Emmy Award-winning star’s shoes of choice included thick black soles. Though the rest of the style could not be seen, it’s likely the set included a platform sandal silhouette with thin upper straps and thin or thick heels, given the style’s traditional shape and Coolidge’s penchant for it.